Home » Jazz Articles » Martin Fabricius Trio: Out of the White 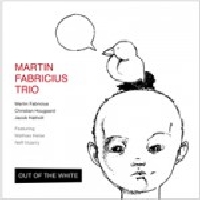 Out of the White; Bill's Will; Dear Anne; Homecoming; Brother Pine; Song Returned; Now You See It; Firedance; A New Beginning.