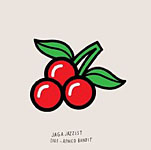 After a five-year break from recording, Jaga Jazzist is back. The Norwegian group's Molde Jazz 2009 performance—its first in four years, barring a single 2007 date in Singapore—provided clear evidence that the touchstones defining this sibling-run group remain intact (multi-instrumentalist Lars Horntveth writes all the music; percussionist Martin Horntveth is the onstage spokesperson for the band; and sister Line Horntveth, in addition to tuba, flute and vocals, acts as the publicity face for the group). But there have been some changes afoot as well. Performing much of One-Armed Bandit at Molde, Jaga Jazzist's mélange of rock energy, jazz vernacular, minimalistic tendencies, episodic composition, expansive instrumentation and electronic manipulation has never sounded better. Not since 1970s British progsters Gentle Giant has there been a group combining so many multi-instrumentalists, playing music so complex and ever-shifting that it's a paradoxically exhausting yet exhilarating experience just trying to keep up with who's playing what.

The comparison to Giant is superficial at best, though Jaga Jazzist shares its ability to couch detailed writing with visceral rhythms that ground even the most byzantine tracks. This may be music for the mind in its challenging metric shifts, elaborate counterpoint and textural expansiveness, but it's also music for the body. Even as trumpets, trombones, saxophones and tuba coincide and alternate with angular guitars, vibraphones, harps and keyboards, it's almost impossible to experience propulsive tracks like the riff-driven, near-blues of "Bananfleur Overalt" or the Frank Frank Zappa-esque title track—even the irregularly metered "Music! Dance! Drama!"—without engaging in a little booty shaking.

There have been some personnel shifts in the group, even as it trims down from the tentet of What We Must (Ninja Tune, 2005) to One-Armed Bandit's leaner nonet. Most significant is the recruitment of guitarist/harpist/percussionist Stian Westerhus, who returned to Norway after a number of years abroad and has done a terrific job of finding his way into everything from the big band free improv of Crimetime Orchestra and Monolithic's equally extreme Black Science (Vendlus, 2009) to his beautifully packaged solo LP, Galore (2009), on Rune Grammofon's The Last Record Company imprint. He plays far more arrangement on One-Armed Bandit than he did in performance at Molde; a sonic explorer who lends a vital new edge to Jaga Jazzist.

But longstanding JJ'ers, including vibraphonist/marimbist/guitarist/keyboardist Andreas Mjøs and trumpeter/bassist/keyboardist/French hornist Mathias Eick—whose own career as a leader has been on an upward trajectory since the release of The Door (ECM, 2008)—keep momentum and color moving forward on tracks like the synth-laden, densely guitar-driven "220 V/Spektral" and tuned percussion-heavy "Toccatta," which suggests how Philip Glass might sound, were he to add a kick-ass drummer to the mix.

Jaga Jazzist's international success has been something of a remarkable confluence, but proves that music needn't be dumbed down to find an audience. With the unfailingly exciting One-Armed Bandit, Already brilliant, Jaga Jazzist continues to make music as deep as it is danceable, with a revised line-up that will no doubt get even better with more touring under its belt. And that's a scary prospect.