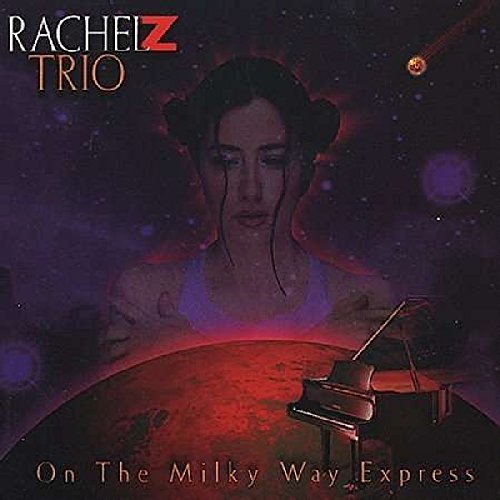 Rachel Z is a lot shorter than I expected her to be. The former Ms. Nicolazzo, henceforth the ‘Z,’ should be taller, much taller, a height equal to her ambitious sound. The once classical piano student turned jazz pianist, graduated from the New England Conservatory and set about playing music both inside and outside the jazz tradition. That simply means she has led two careers, one in acoustic post bop-oriented jazz and another in jazz-fusion. Playing with such diverse artists and groups as Najee, Mike Mainieri, Special EFX, Larry Coryell, and Wayne Shorter for whom this recording is all about.

Like Shorter, Rachael Z’s jaunts between acoustic and electric jazz have worried listeners. Maybe it’s the fallout from the Marsalis revolution that causes the rigid categorization in which we get trapped. Face it, we’ll never end the smooth-jazz vs. creative-music war and this disc doesn’t attempt such a feat. Rachel Z sticks to acoustic piano throughout (as does her bandmates, except one electric bass track).

The music, by now familiar to Shorter fans, gets a respectful yet vigorous workout. “Pinocchio” from Miles Davis’ Neffertitti opens the disc. Z charts a path not unlike say; Herbie Hancock mixed with a little Keith Jarrett. Her intelligence at the keys is only rivaled by the bands rhythmic nature. It is a delight to hear Shorter’s compositions in this trio context. Bassist Miriam Sullivan and drummer Allison Miller make Rachel Z’s band more than just an all-girl oddity. This is a tight working band (that just happens to be comprised of women). They collectively know Wayne Shorter’s music inside and out. They track the familiar “El Gaucho” and “Footprints.” Taking “Dolores” at a hurried pace to raise the blood pressure and create a tension/resolve that is only possible with a working band. The band also takes on Shorter’s recent composition “Black Swan In Memory Of Portly” from Highlife, a song you might not be familiar with. She takes it on peaceful terms, her solo piano echoes a hint of her classical past plus a gospel-tinged soulfulness.

The Z trio has made a significant recording. Notable for her blossoming voice, Shorter’s composing, and the establishment of women in their rightful place on the bandstand.