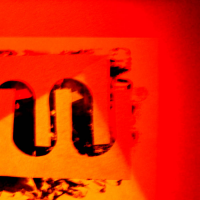 An integral part of the fecund and fascinating Pacific Northwest jazz scene, percussionist Evan Woodle is a charter member of several of the region's most innovative bands: Heatwarmer, Chemical Clock , and Operation ID to name a few. Each of these groups plays a sort of hybrid music that's difficult to describe without using hyphens and multiple catchphrases. Chemical Clock mixes high energy jazz- rock fusion with electronica and contemporary classical music. Operation ID has a rawer sound, coming off a bit like a contemporary instrumental take on the thornier aspects of 70s progressive rockers such as Henry Cow and Gentle Giant. Heatwarmer combines jazz and indie-rock sensibilities in the context of punchy, refined compositions that refer to the more appealing aspects of contemporaries such as Jaga Jazzist. In these bands, Woodle consistently underplays a bit, preferring to let the music breathe. The fact that Woodle's a technically accomplished player with world-class chops shines through nevertheless.

Woodle's solo debut, Nth, is completely different. And yet it represents a logical progression from his work with various jazz, fusion, and indie-rock ensembles. First and foremost, it is a solo percussion piece. It is also not a chops display, at least not in the ways one would expect. Masterful timekeeping is essential to the execution of Nth, and Woodle's approach is resolutely minimalist: spare and unsentimental almost to a fault. Opening with the scrape of sticks against a cymbal, Woodle abruptly shifts his focus to the toms. Starting out with a simple, almost Native American-sounding rhythm, Woodle adds layers and variations in real time. The piece ebbs and flows in terms of sound density and timbre as it develops. Woodle craftily uses volume swells and rhythmic modulations to build and release tension. For a solo drum set effort, it's a quick 21 minutes and 19 seconds.

Evan Woodle’s debut solo drum set work, “Nth,” certainly contains evidence of the impressive level of musicianship that you might expect from a thoroughly trained and deeply knowledgable modern-day drummer with a jazz background; the minimalistic, symphonic-like drum piece demonstrates impeccable technique, masterful dynamic control, and the intelligent use of odd and superimposed time signatures. Behind the perfect execution, however, one can sense a foundation of honesty and humility in the performance. It’s Evan's unique voice and mature artistry that makes this twenty-one minute composition stand out. "Nth" is technical skill meets truly inspired innovation. Subtle, patient, and tastefully orchestrated, it plays devils advocate with its own compartmentalized variety of timbres, walking us through what feels like the entire range and depth of human emotion. Each section is contained while also being unpredictable resulting in a shifting rhythmic landscape that takes us from one view to the next at the exact moment that we need it. Pulsing and pleasingly repetitive, with twists and turns, “Nth” is worthy of hours of intellectual analysis, usable as a driving emotional soundtrack for intense philosophical thought, or most fittingly as a one-of-a-kind listening experience. // Released September 18, 2015 on the Table & Chairs record label / Composed and Performed by Evan Woodle / Recorded, Mixed, and Mastered by Luke Bergman