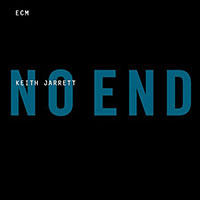 When Keith Jarrett released Spirits in 1986 on his longstanding/exclusive label, Germany's ECM Records, this two-disc home recording- -featuring the pianist on a multitude of instruments in addition to his main axe, including a bevy or recorders and flutes, guitar, saz and percussion—came out of the blue to his legion of fans while, at the same time, not representing a total surprise. After all, at this point in time, the musically voracious Jarrett was busy recording and touring with his then-nascent Standards Trio; delivering epic solo piano performances like Concerts: Bregenz/Munich—first released in 1981 but finally issued on CD in its entirety for the first time concurrent with this release; and was looking to other instruments for improvisational grist, as he did with church organ on 1979's Hymns/Spheres (another recent reissue in complete form) and clavichord on 1986's Book of Ways.

But even those accomplishments did not represent the sum total of Jarrett's breadth since coming to ECM with the 1972 solo piano album that shook the world, Facing You. In addition, the pianist led two now-legendary bands in the '70s, each with their own separate repertoires, largely penned by the pianist: his American Quartet with Dewey Redman, Charlie Haden and Paul Motian; and the European "Belonging" Quartet that, with Jan Garbarek, Palle Danielsson and Jon Christensen, was recently heard on 2012's stellar archival unearthing, Sleeper- -Tokyo, April 16, 1979. Jarrett was also composing classical music as early as 1974's In the Light (1974) while performing classical music written by others, including then-ECM newcomer, Estonian composer Arvo Part's Tabula Rasa (1984).

A lot has changed since those halcyon days, however: Jarrett, since being taken down for a number of years in the mid-'90s with Chronic Fatigue Syndrome, has largely reduced his regular work to just two contexts: the Standards Trio, last heard earlier this year on Somewhere; and solo performances like Rio (2011)—though he did return to classical performance earlier this year with the wonderful Bach: Six Sonatas for Violin and Piano (2013), featuring violinist Michelle Makarski.

Even so, Jarrett's overall musical purview has shrunken considerably over the years; while he asserts, quite correctly, that improvisation is a form of composition, he still has not put pen to paper and formally composed any new music for more than three decades; while his current activities can certainly be considered as more than enough, there remain those in his fan base who would love to see him turn back to writing the kind of music he did for his two 1970s quartets. If artists' activities can only be measured—by their fans, that is—by what they choose to release and perform in concert, then as brilliant as he remains as both an in-the-moment drawer of music from the ether with his solo shows and as a similarly unfettered interpreter of the Great American Songbook and jazz standards both well-known and obscure, then the Jarrett of the new millennium has become, if not in content, then certainly predictable in form.

Which makes the release of another unearthed piece of archival music, No End, something of a surprise—or, perhaps, it should be not so much of one.

Recorded just a year after Spirits, in 1986—and again at Jarrett's home studio ("Cavelight Studios") in New Jersey—No End bears some comparison to its predecessor. Like Spirits, the pianist does play his primary axe, but it's far from his main one; instead, No End's dominating instruments are electric guitars, bass and drums, along with some percussion, recorder and voice. Electric?!?!? some of you might say? Drums? From Keith Jarrett?

Well, while he has long been vocal about not liking electric keyboards, Jarrett has never come out against other instruments of the plugged-in variety, and it's important to remember that, while the majority of his career has been in the acoustic world, he is still a child of the '60s; he even performed Bob Dylan's "My Back Pages" on his 1968 live trio recording, Somewhere Before (Vortex), and Joni Mitchell's "All I Want" on the studio date with the same group, The Mourning of a Star (Atlantic, 1971). Just because his preferences lean to the acoustic side when it comes to piano, is it a reasonable assumption that the same applies across the board?

Clearly not, based on No End. And for those who thought they knew Jarrett, a warning: when you read, on a Keith Jarrett record, "Producer's Note: Play this music LOUD," well, you know this ain't Kansas you're in anymore.

The very electric nature of No End makes it a very different beast than Spirits, although there's a certain spirituality to both that does, at least, make them distant cousins. Most of No End's twenty, Roman-numbered tracks are based around either vamps or, as in the case of the Phrygian "I," very simple chord progressions. Jarrett is clearly not as accomplished an instrumentalist here as he is on piano; though he turns out to be a surprisingly good drummer, on electric guitar he clearly commands some language, but is not always successful at actually articulating it. Still, there's something intrinsically charming about being a fly on the wall of Jarrett's home studio, where he plays music for nobody but himself, and explores avenues that are about as far away as can be imagined from the music that's garnered him his reputation as one of the most significant jazz pianists of the past half century.

It's a true mixed bag, with plenty of layering done by bouncing tracks between two two-track cassette decks (meaning a lot of hiss). Based on Jarrett's guitar and bass parts, and with his in-the-weeds singing, "V" could be something sourced from the Caribbean, but his straightforward, four-to-the-bar drumming keeps it situated a little farther north. "VI," on the other hand, is more outré, Jarrett's background guitar chords revealing that earlier-referenced broader language, even if his single-note work feels a little more rudimentary and his bends are those of someone for whom guitar is clearly not a primary instrument.

And who would ever have expected Keith Jarrett of the mid-'80s to create music that actually rocks, is at times sloppily funky and elsewhere, with Jarrett's tablas and hand percussion, approaches a kind of meditative world music?

The music of No End is ultimately incidental to its real value: evidence that there was a time when Jarrett was far less sedentary in his ways; perhaps even more importantly, however, that after nearly 30 years, Jarrett has chosen to release these recordings also reveals something important about where he is now. Not that anyone has to worry about showing up to a Jarrett show to find him with the "beautiful deep red Gibson solid body" of the recording strapped on, but there's something revealing In his brief liner notes, when he says, ..." somehow something happened during these days in the '80s that won't ever be repeated. I had wanted to record on drums most of my life, and when I got the tape out recently, I thought I'd better run with it."

While it's up for discussion as to whether or not it's possible to attain some of the milestones we achieve when we're younger—there are certainly artists who, in their sixties and seventies, are consistently putting out the best music of their career. No End may well not be Jarrett at his best—even nearly three decades ago in 1986—but it Is proof positive that assumptions—even those with solid empirical support—are rarely complete truths. Jarrett may have spent the better part of his long career honing the possibilities of a single instrument within a largely singular genre, but his interests clearly reach farther afield. Hard though it may be to believe, nestled within Jarrett the jazz interpreter and spontaneous composer is Jarrett the rock-edged instigator, polyrhythmic explorer and folkloric investigator.

No End is a decidedly and surprisingly lo-fi recording from the normally pristine ECM. But for the window that these 92 minutes open into what were, at the time, some of Jarrett's private inspirations, No End may not be a great record, but it is an important one.