Double-bass player Palle Danielsson was born in 1946 and grew up in Stockholm. In a 1951 jazz magazine you could read: "The name of the youngest dance musician in Sweden is Paul Danielsson, five years old, who plays the mouth-organ and the swanee whistle. He knows 'Mocking Bird Hill' almost by heart". - Palle had performed together with his eleven-year-old sister Monica who had in turn played a boogie-woogie tune. Today Monica (Dominique) is a well-established pianist and composer. At this early stage in his life he had no idea that he would become a musician. It wasn't until a few years later when there was a selection for admission to what was the first music school in Stockholm

The line that separates borrowing from stealing can be quite narrow in music, and even after judges rule on the matter, one may remain torn between the one and the other. It continues to be a very common issue in the mainstream pop world as the recent ruling against pop stars Robin Thicke and Pharrell Williams ...

There are excellent newly released albums on this week's show from guitarist Krzysia Górniak and trumpeter Kate Amrine. I am also featuring the fantastic new release from pianist Art Hirahara and music from other projects by the artists involved with that album. In between some archive cuts with classic jazz from across the years. ...

Inspiring greatness has long been the two-word association with the grand luxury of Rolls-Royce. Britain's entry into automobile finery has thus become benchmark terminology. To hear bassist Darek Oleszkiewicz interact, navigate, and improvise with today's finest jazz musicians is to understand why he has been deemed the Rolls-Royce of the modern day upright. Carrying the torch ... 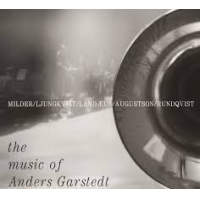 In memory of Tomasz Stanko. This article was first published at All About Jazz on October 18, 2017. Enrico Rava and Tomasz Stanko have recently launched an ECM super-group with which in July they toured all over Europe, performing in Austria, Belgium, the Netherlands, Norway and Romania, as well as in their native countries, ... 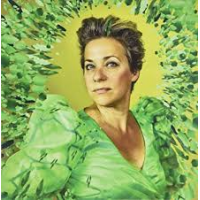 Idiosyncratic to the core, ambitious beyond measure, and knowing no idiomatic limitations, since the early 1990s Swedish vocalist and composer Lina Nyberg has captivated and surprised listeners with the astonishing range of her unique artistic vision. She has performed with a “who's who" list of Swedish musicians, from iconic figures like Esbjörn Svensson and Palle Danielsson ...