By Eyal Hareuveni
November 18, 2013
Sign in to view read count 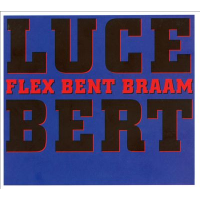 The new group of Dutch pianist Michiel Braam, the 8-piece Flex Bent Braam, is a scaled-down continuation of Braam's 13-piece Bik Bent Braam, one of Braam's main projects in the last twenty five years, a group that evolved from traditional big band to a flexible improvising unit, but it is also an attempt to challenge his skills as a composer, bandleader and musical thinker. The line-up of the new band is supposed to change on every new project, combining such experienced musicians from the vibrant Dutch scene as trombonist Wolter Wierbos and trumpeter Angelo Verploegen with young, new talents from different backgrounds such as the young German baritone saxophonist Oleg Hollman.

Both bands feature musicians who are well-versed with the history of jazz but do not bind themselves to any conventional interpretations of its legacy. Flex Bent Braam focuses more on iconic standards that shaped jazz as we know it today, standards that were written by Cole Porter, Dizzy Gillespie, Thelonious Monk, Tadd Dameron, Charles Mingus and even a challenging composition of George Russell. These standards were picked because they were mentioned in a telegram from 1965 by Dutch CoBrA painter and poet Lucebert (1924-1994), a jazz lover, who commenting on the position of Dutch literary movement (De Vijftigers, who were influenced by CoBrA artists who stressed complete freedom from form). Lucebert inspired Braam to offer fresh arrangements to these standards and to tie them together with original compositions based on Japanese epigrams that Lucebert wrote.