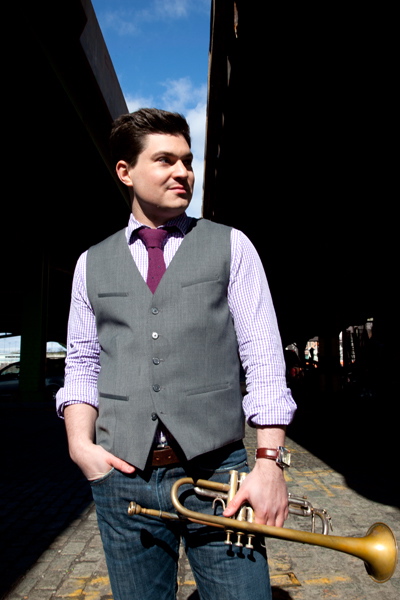 For his Smalls Jazz Club debut, Tatum and his band will perform selections from his latest 2012 release, Imprints as well as favorites from his two previous recordings and new compositions. His third recording as a leader, Imprints is a culmination of Tatum’s eclectic experiences as a trumpet player. Drawing from the rich influences of the vibrant Seattle jazz scene and his early years in New York City sitting-in at the late night jam sessions, to performing with diverse artists such as The Mingus Big Band and Richard Bona.

The concert will be broadcast live via smallsjazzclub.com.

A Seattle native, Tatum Greenblatt is a musician, composer and bandleader who has established himself as one of the most in-demand trumpet players on New York City's music scene and performed with artists such as Wynton Marsalis, Joe Lovano, The Jazz at Lincoln Center Orchestra, The Mingus Big Band, Richard Bona, George Gruntz, Donny McCaslin, Jacques Schwarz-Bart, David Berger, George Garzone, and The Vanguard Jazz Orchestra, among many others. Having earned his master’s degree from The Juilliard School, Tatum has toured extensively with The Richard Bona Group and The Mingus Big Band, performing in 38 countries across 6 continents, and can be heard playing frequently around New York City with a wide variety of groups, including The Mingus Big Band, Orrin Evans’ Captain Black Big Band, The Fat Cat Big Band, and The Pedro Giraudo Jazz Orchestra.