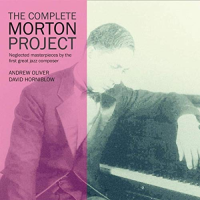 slideshow
New Orleans pianist Jelly Roll Morton is widely considered to be jazz's first arranger. Though jazz was considered exclusively an improvised form early on, Morton proved that jazz could retain its joyous, freewheeling feel even when scored on music paper. He also was jazz's first published composer. His Jelly Roll Blues was published in 1915. As a composer, Morton was a powerful force, writing the standards King Porter Stomp, Wolverine Blues and Black Bottom Stomp. He also was among the first jazz musicians to be ripped off in a sizable way.

Despite having written dozens of songs that had been recorded and performed with great success by other leading bands since the start of the swing era, Morton had consistently been denied membership by ASCAP and its attorneys. As a result, he didn't receive a dime in royalties for the performances of his music in concerts, on jukeboxes and on the radio. In the 1930s, ASCAP was for Broadway's white, legit songwriters whose songs generated sizable income.

During this period, jazz was thought of as junk music by ASCAP, which considered the originality of jazz compositions suspect, since the blues wasn't proprietary but a public domain construct. It wasn't until 1939, with the formation of BMI, that musicians who played jazz, R&B, country and other popular folk styles found a performing rights organization that welcomed their membership.

Getting back to Morton, who died in 1941, a sensational new album has been released by two extraordinary musicians—pianist Andrew Oliver and clarinetist David Horniblow. The album is The Complete Morton Project, featuring 15 songs by Morton. The output represents a fraction of what's coming. Andrew and David have recorded all of Morton's works, which number more than 90. One suspects more will roll out as funding becomes available. The songs on this first album are Shreveport Stomp, Croc-O-Dile Cradle, Gan Jam, State and Madison, Finger Buster, Courthouse Bump, Stratford Hunch, Mamanita, Good Old New York, Freakish, I Hate a Man Like You, Jungle Blues, Black Bottom Stomp, Mr. Jelly Lord and My Home Is in a Southern Town. To learn more about each individual song, visit Andrew Oliver's site, where he has posted about them. Go here.

What you hear on this album are two excellent musicians embracing the musical life of a jazz icon who was short-changed while he was alive. The Complete Morton Project not only lets us hear the breathtaking quality of Morton's piano but it also serves up the piano and clarinet clear and vibrant. Most of Morton's original recordings suffer from the limitations of technology in the 1920s and '30s. Now, with this new album, we finally can hear Morton's original work with the sonic grime wiped off. The result is spirited foot-tapping music that illustrates a turning point in the evolution of syncopation and the emergence of a piano sound that emulated the jazz orchestra.

JazzWax clips: Here's a promo video for the album...

And here's Can Jam, with David on bass clarinet and clarinet...