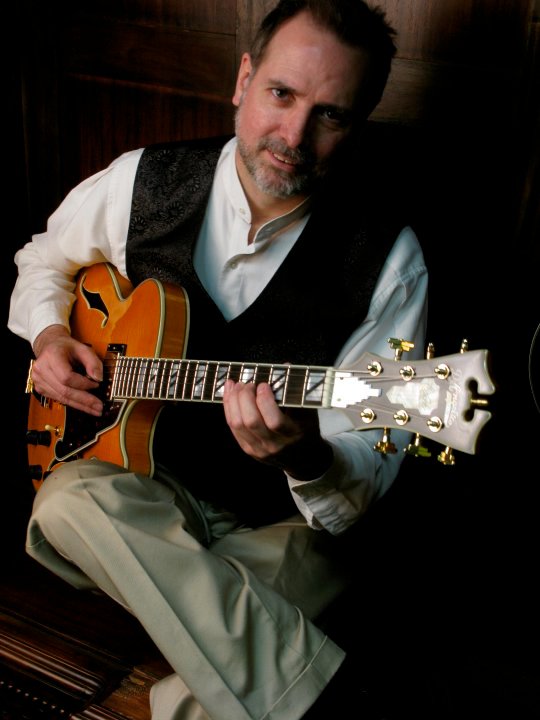 The Bar Next Door at La Lanterna presents jazz guitarist Rick Stone and his Trio, Saturday, February 25th, 2012. Shows start at 7:30, 9:30 and 11:30from. Performing with Rick will be bassist Marco Panascia and drummer Tom Pollard. The trio's recent CD Fractals made the #5 spot on Jazzweek in September and was included in Jazzweek Top-100 Jazz 2011. The Bar Next Door is a wonderful, intimate jazz listening room located at 129 MacDougal Street (between W3rd and W4th) in the heart of Greenwich Village. There is a $12 cover charge per show. Reservations are suggested. Call 212-529-5945.

Marco Panascia is an Italian-born bassist, composer and educator living in New York City. He has made a name for himself by being featured in the working bands of jazz luminaries, such as Kenny Barron, Andy Bey, Eric Reed and Dado Moroni, and has appeared in festivals and venues such as the Montreux Jazz Festival, the Hollywood Bowl and the Kennedy Center for the Performing Arts. Panascia is also known for his tenure with young jazz piano sensation Eldar, which sold-out performances in three continents, and culminated in two celebrated CD releases on the Sony BMG Masterworks label: “Live at the Blue Note," and “re-imagination," which received a 2008 Grammy nomination for Best Contemporary Jazz Album. He was the first prize winner of the 1998 Edinburgh International Double Bass competition in Scotland, and holds degrees from the Berklee College of Music and the Manhattan School of Music.

Drummer Tom Pollard is known for his versatility and creative, open rhythmic approach to playing jazz. Originally from Nashville, Tennessee, he left his home town to study jazz at the New England Conservatory of Music. In 1998 he moved to New York City where he has performed with noted jazz artists such as pianist George Colligan and saxophonist Eric Person. In addition to teaching drum set and jazz improvisation at the Queens Conservatory of Music, he can be seen and heard performing regularly in the various jazz clubs in and around New York City.