Pianist Justin Kauflin Interviewed at All About Jazz 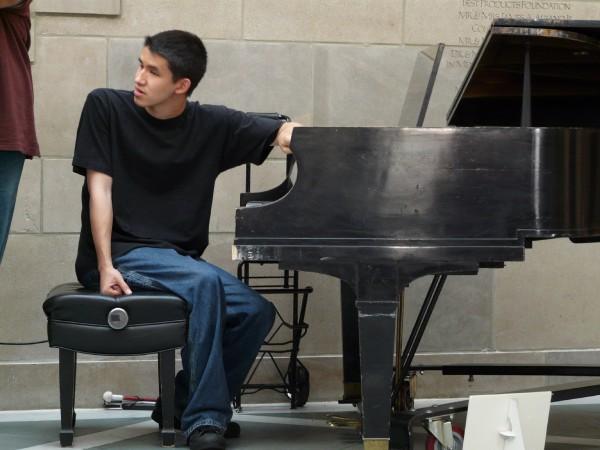 slideshow
The beauty of music lies in its subliminal spirituality. Religious or not, few can argue the effects of music on the human emotions and how it impacts our perception of things beyond what is skin-deep.

For 24 year-old Justin Kauflin, a New York-based pianist notable for his work with Jae Sinnett, and for his freshman release of Introducing Justin Kauflin (Self Produced, 2010), the interconnection of music and faith is not only a sure conversation-starter, but also a great indicator of the young musician's sincere humility.

From being blind and independent in the Big City to the growing pains of taking a record from concept to product, Kauflin counts his blessings by taking it one step at a time&#151both in his musical career and life in general—in what has undoubtedly been a humble beginning.

Marshall Taylor spoke with Kauflin recently, about the interconnection of music and spirituality, breaking into the New York scene with a visual impairment, and how being mentored by jazz greats like Mulgrew Miller and Clarke Terry.

Check out Justin Kauflin: Humble Beginnings, today at All About Jazz!