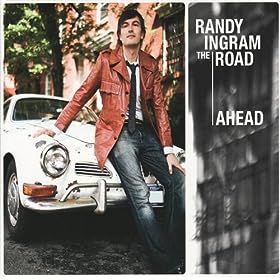 The Peter Kenagy/Randy Ingram quartet is a reunion of two New England Conservatory classmates who have become leading voices on their instruments and on today's jazz scene. Since meeting as graduate students at the conservatory in 2000, Kenagy and Ingram have complied impressive performing credits and released critically acclaimed records as bandleaders. This collaborative ensemble will feature their compositional and improvisational skills.

In the words of mentor Fred Hersch, “Randy Ingram is among the vanguard of NYC jazz pianists." A recipient of the 2007 ASCAP Young Jazz Composer's Award, Ingram is a much in demand sideman and a creative force in the NYC jazz community, appearing with his trio at clubs such as Smalls and the 55 Bar. His “excellent debut" (JazzTimes), The Road Ahead, was released in the fall of 2009 on Brooklyn Jazz Underground Records to rave reviews.  Ingram has performed with Billy Higgins, Tierney Sutton, Joe LaBarbera, Ben Monder, Joe Locke, Kendrick Scott, and many other leading musicians. Recent performance highlights include a tour of Spain and Portugal with his trio, a tour supporting Blue Note recording artist Kristina Train, and an appearance on CNN.com with Decca/Universal recording artist and jazz singing prodigy Nikky Yanofsky.

Jazz trumpeter Peter Kenagy's music has been called elegant and adventurous, both modern and rooted in tradition, with a sound all its own. Kenagy has vast range in his original compositions and arrangements, and has performed widely throughout the United States and internationally. Kenagy's debut album, Little Machines, was released by the Barcelona-based Fresh Sound New Talent label in 2005, and was called “an auspicious debut that is somehow bold in a restrained fashion" (All About Jazz). In 2010, Kenagy released Coolidge on the Fractamodi label, which features Kenagy's eclectic approach to hard-bop in a quartet setting. He has performed with contemporaries and elder statesmen alike, joining the Ayn Inserto Jazz Orchestra with legends Bob Brookmeyer and George Garzone, recording with Ran Blake, Mohamed “Joh" Camara, and peers Jeremy Udden, and Austin McMahon.

“Enlightenment comes in part through learning how to achieve greater results through more economical means. In his debut as a leader, Randy Ingram makes it clear that he has absorbed this lesson into his creative DNA...when Ingram does kick it up...the impact is at least as strong as that made by his flashier peers, and deeper too"—Robert L Doerschuk, Downbeat

“All indications are that trumpeter Peter Kenagy, with his début release Little Machines, possesses all the raw materials for greater success: fine playing, strong compositional skills and, most importantly, a concept that lends his recording a larger narrative arc...An auspicious début that is somehow bold in a restrained fashion...a strong new voice." -John Kelman

..."unusually clever compositions and arrangements...thoughtful improvising...[Kenagy] likes to play melodies, although always imbued with swing and considerable harmonic daring. He reminds me of both Tom Harrell and Don Cherry." -Marc Meyers