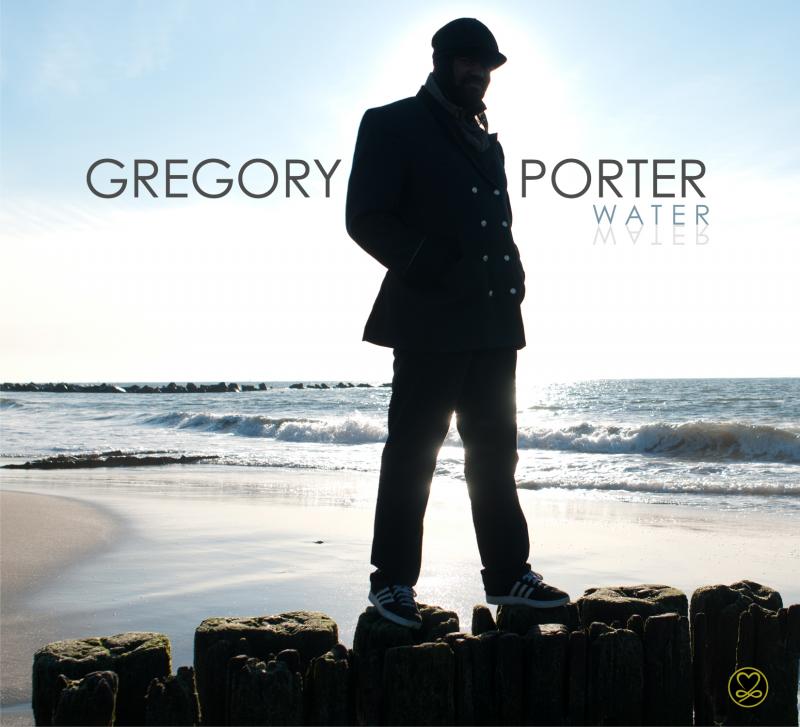 A scant six months after the release of his debut album, Water, Gregory Porter has been nominated in the Best Jazz Vocal Album category of the 53rd Annual Grammy® Awards. Porter has received raves internationally for Water, which cracked the JazzWeek Top 10 radio chart shortly after its May release and has been selling briskly in the US and Europe. AllMusic.com called Gregory “an absolute showstopper of personalized soul" and Straight No Chaser declared, “Simply put, Gregory Porter may be our next great jazz singer." Porter continues to gain consistent praise as one of the best male vocalists on the scene today, with comparisons to Joe Williams, Nat King Cole and Donny Hathaway. Water is also being singled out on several “Best Of 2010" year-end lists.

For the recording of Water, Porter tapped a powerful cadre of players, among them the iconic alto saxophonist James Spaulding (Max Roach, Freddie Hubbard, and Bobby Hutcherson, et al,) who plays a featured role on two tracks: “Wisdom" and “Black Nile." The CD was produced by saxophonist, pianist and composer Kamau Kenyatta, and features seven stellar original compositions by Porter that range in style from velvet jazz ballads to the searing soul anthem “1960 What, which has been storming radio airwaves.

On this emotionally intimate debut, Porter bares his soul to reveal a performer and songwriter of unusual depth. His moving ballad, “Illusion," about the struggles one faces in relationships releases this month as the first video single of the album.

Porter's vocal prowess has earned him international recognition, prompting Wynton Marsalis, who has tapped Porter several times to perform as a guest vocalist with his Lincoln Center Jazz Orchestra, to go on record citing him as “a fantastic young singer," and Germany's Jazz Thing magazine to laud Porter's “deep blues-rooted voice, branching out in soul spheres." Interest in the UK is strong. Porter appeared in a two page spread in Echoes Magazine and vocalist and Radio personality Jamie Cullum will feature Porter on an upcoming segment of his popular BBC-3 radio program.

Porter performs live every Thursdays at Smoke in New York City and will appear this January 8th at Iridium in NYC on a triple bill with fellow Motéma artists Geri Allen and Charnett Moffett. Porter's nomination is the first for seven-year-old Harlem-based Motéma Music, home to such renowned artists such as Geri Allen, Lynne Arriale, Rufus Reid, and Randy Weston.

Motéma artist Oran Etkin, has also had a Grammy nod. His song “Unique Monique" is included on Healthy Food For Thought (East Coast Recording Company,) which has been nominated in the Best Spoken Word Album for Children category. The compilation CD also features tracks by Russell Simmons, Moby, Sweet Honey In The Rock, and Julian Lennon. Etkin's track opens a window into two sides of his work; the Malian Afrojazz elements of his Motema debut, Kelenia—winner of the “Best World Music Album of 2009" by the Independent Music Awards&#151and his revolutionary music education work for children as heard on his latest Motéma Music /Timbalooloo CD, Wake Up, Clarinet!, which has won awards from the Parents Choice Foundation, Oppenheim and NAPPA!. Healthy Food For Thought is a benefit album for healthier food in the schools and 100% of the proceeds benefit the New York Coalition For Healthy School Food.

Etkin will perform “Unique Monique" at the NYC CD release event for Healthy Food for Thought, which will take place on January 28 at the studio of legendary artist Peter Max, who created the artwork for the CD.

The 53rd Annual Grammy® Awards will broadcast live at 8:00 PM (ET) on the CBS network on Sunday, February 13th, 2011 from the Staples Center in Los Angeles.

Motéma Music has been promoting recording artists of power and distinction since 2003. Founded by arts patrons and music professionals in the San Francisco Bay area and now based in Harlem, NYC, the label is home to a growing roster of recordings by award-winning artists such as Rufus Reid, Lynne Arriale, Marc Cary and Geri Allen.