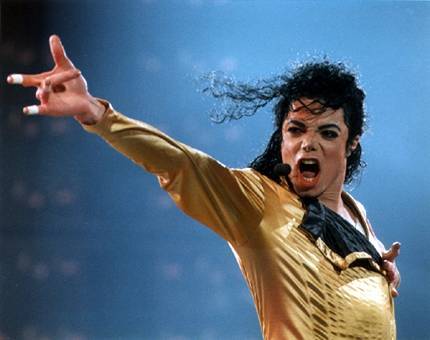 slideshow
Michael Jackson's estate and Cirque du Soleil will team up for a concert-like production that will tour sports arenas starting in the fall of 2011 to be followed late in 2012 with a permanent show in Las Vegas akin to existing Cirque productions built around the music of the Beatles and Elvis Presley.

Having attended Cirque du Soleil performances with Michael, I know he was a huge fan, John Branca, co-executor of Jacksons estate, said in a statement issued Tuesday. This will not just be a tribute to Michael's musical genius, but a live entertainment experience that uses the most advanced technology to push every creative boundary as Michael always did.

The location of the permanent show has not been announced, nor whether it will go into an existing hotel or a new facility, but Jackson and Cirque will team with MGM Mirage for that production.

As a creative challenge, this project is the ultimate, Cirque founder Guy LaLiberte said in the same statement. Through the use of cutting-edge technology, we will produce a Cirque du Soleil experience not only worthy of Michael but unlike any other we have created before.

Jackson's estate and Cirque will split the costs and profits of their collaborative ventures 50/50, while intellectual property royalties will go to the estate.

Our family is thrilled that Cirque du Soleil will pay tribute to my son in such an important way, Katherine Jackson said in the statement.

Cirques Beatles show, Love, opened in 2006 at the Mirage and has been widely acclaimed as one of the troupes most inventive productions, while Viva Elvis, at the Aria Resort, has received decidedly mixed reviews from critics and fans.