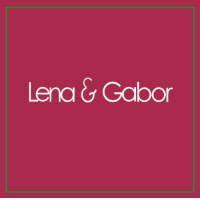 There are plenty of jazz albums in the rock era that, on paper, never should have worked but did and still do, exceptionally well. Joe Pass's The Stones Jazz (1966) is one. Paul Desmond's Bridge Over Troubled Water (1970) is another. Add Lena & Gabor (1970) to the list.

When the album by vocalist Lena Horne backed by guitarist Gabor Szabo was released in 1970, it came out on Skye Records, a label formed in 1968 by Szabó, vibraphonist Cal Tjader, arranger Gary McFarland and executive Norman Schwartz. The label's catalog was largely jazz-pop, but mismanagement and a failure to gain adequate distribution forced the company into bankruptcy in late '70. After Skye's assets were acquired by Buddha Records in '71, the label re-issued Lena & Gabor as Watch What Happens, with a re-ordered playlist.

In 1969, when the album was recorded, Horne was largely an elegant variety show belter and hadn't recorded in about four years. By contrast, Szabó was a guitarist with a proto-fusion approach to chord voicings and tone. Though he had been a member of Horne's band in the mid-1960s, the pairing of these two different artists could have been a mess. Instead, it was a stroke of genius by producers Szabó and McFarland. In fact, much of the musical fabric uniting these two was the handiwork of McFarland, who arranged the album.

The tracks here are Rocky Racoon, Something, Everybody's Talkin', In My Life, Yesterday When I Was young, Watch What Happens, My Mood Is You, Message to Michael, Nightwind and The Fool on the Hill. As you can see, there's plenty of Beatles fare, a Burt Bachrach-Hal David tune, a Harry Nilsson hit, two French pop songs and the obscure My Mood Is You by Carl Sigman, and Robert Kessler and Robert Scott's Nightwind, a song first recorded by Grady Tate on his Slaves album for Skye in 1969.

The standouts are Watch What Happens, The Fool on the Hill, My Mood Is You and Nightwind.

Horne and Szabó play off each other with elan and artistry throughout, as if it's 2 a.m. Meanwhile, McFarland's arrangements are tailored differently on each track, as if he were designing a new dress for each of Horne's vocals. I can't say enough good things about this album. It's a must own.