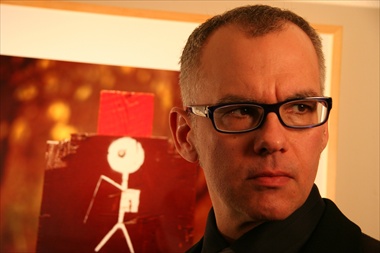 slideshow
Some jazz artists spend much of their careers without hitting it big, only to finally emerge into the spotlight and enjoy the recognition they deserved all along.

Duke Ellington was a brilliant bandleader and composer, but it was arranger Billy Strayhorn who wrote “Chelsea Bridge," “Lush Life" and “Take the 'A' Train." And guitarist Pat Metheny might not have arrived at such a successful fusion of jazz and rock without pianist and collaborator Lyle Mays.

Until recently, Laurence Hobgood has been best known as singer Kurt Elling's pianist, arranger and musical director. But Elling's right-hand man will be the key attraction when the Laurence Hobgood Quartet performs next week at Jazz at the Bistro.

As a boy, Hobgood studied classical piano. But he soon began to improvise.

“I'd start messing around with the lines in Bach or Beethoven or Schubert," he says. “My classical teachers would, of course, experience some degree of distress."

The pianist says a highlight of his childhood was his father taking him to an Ellington concert late in the bandleader's career.

“My father felt strongly that Duke was one of the great composers of the 20th century," Hobgood says. “I got to meet Duke and get his autograph." At the Bistro, Hobgood will be accompanied by saxophonist Ernie Watts, bassist Matthew Rybicki and drummer Jared Schonig.

“It'll be predominantly my own tunes," Hobgood says. Watts performed with him on the Grammy-winning album, “Dedicated to You: Kurt Elling Sings the Music of Coltrane and Hartman" (2009).

“We knew we needed to have an elder statesman of the tenor-saxophone world join us on that, and Ernie was a natural fit," Hobgood says. “He sounded amazing on that record, and he's genuinely one of those people who are just about the music."