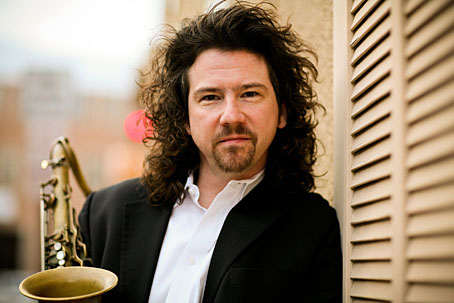 slideshow
Calling all vocalists who have jazz in their soul and want to express it—without belting it out in karaoke bars or going the American Idol route! Capital City Voices, a new jazz choir in Washington, DC, offers vocalists the chance to work weekly with a professionally directed choir singing hip arrangements, networking with other singers and taking part in public performances.

Prominent area jazz artist/educator Jeff Antoniuk and his education team are launching Capital City Voices, in concert with New York pianist, composer and educator Peggy Stern, who is the music director of the Washington, DC Chapter. Saturday morning rehearsals are set to begin with the first session March 5 at the National Presbyterian Church, 4101 Nebraska Avenue NW, Washington, D.C., near American University. Singers from neighboring areas of Virginia, Maryland and Pennsylvania are also welcome to attend.

Invited to join are amateur singers 16 and older, from novices to seasoned vocalists. Sponsors initially foresee the creation of two choirs in separate morning and afternoon sessions.

Capital City Jazz Choir is for anyone who can carry a tune, hold a part, and read music, at least a little bit," says Stern, whose arrangements and compositions will provide much of the choir's repertoire. She explains, “Participants will have the chance to actually 'be' the music; when you become a part of the harmony, you are actually living inside the chords, in real time. Great ear-training, and you need not be a crackerjack vocalist."

Stern has performed around the globe, and is a member of the Stanford Jazz Workshop and a long time jazz choir director in New York's Hudson Valley. The music to be explored in the jazz choir varies in style and level of difficulty and presents a great opportunity for classical singers who want to dive into jazz, instrumentalists who want to vocalize and “shower singers" with a good ear who want more than an audience of one.

If the response to other efforts by Antoniuk to encourage amateur jazz performers to get out of the basement and onto the bandstand is any barometer, the jazz choir may lead some to a new career or vocation. Sometimes called the “Pied Piper of Jazz," the tenor sax player and former university music educator has for many years conducted Jazz Band Masterclass sessions in Maryland and Washington, weekend inDepth Jazz Clinics & Concerts on special themes and the annual Maryland Summer Jazz Festival in Rockville, Maryland. Each project combines public concerts with jazz workshops, drawing musicians and audience from many states. Guest artists from New York add depth and inspiration.

Some participants in these programs have gone on to regular performing gigs, including a lawyer who closed his practice to become a full time bassist and a vocalist who quit her job with the World Bank to become a professional singer, relates Paula Phillips, an Annapolis-based arts promoter who co- founded the jazz camp and collaborates with Antoniuk on educational programs.

Plans for Public performances are also part of Capital City Voices which foresees ensembles of 16 singers or more learning and performing four-part harmonies. Each part would have at least four voices, “so no one person is too responsible," jokes Stern. She adds that in college, “I was an alto, so I was always part of the harmony" when singing in a chorus.

Jazz choir registration has already begun and more than 50 vocalists have called to express interest. Singers who are interested should reserve a spot now to join Capital City Voices and attend one of the two March 5 rehearsal groups. Tuition is $160 per month (just $20 an hour). This covers facility rental, music preparation and direction and guest teaching artists. For information and registration: Contact director Jeff Antoniuk. Call 410-295-6691 or send email to Capital City Voices