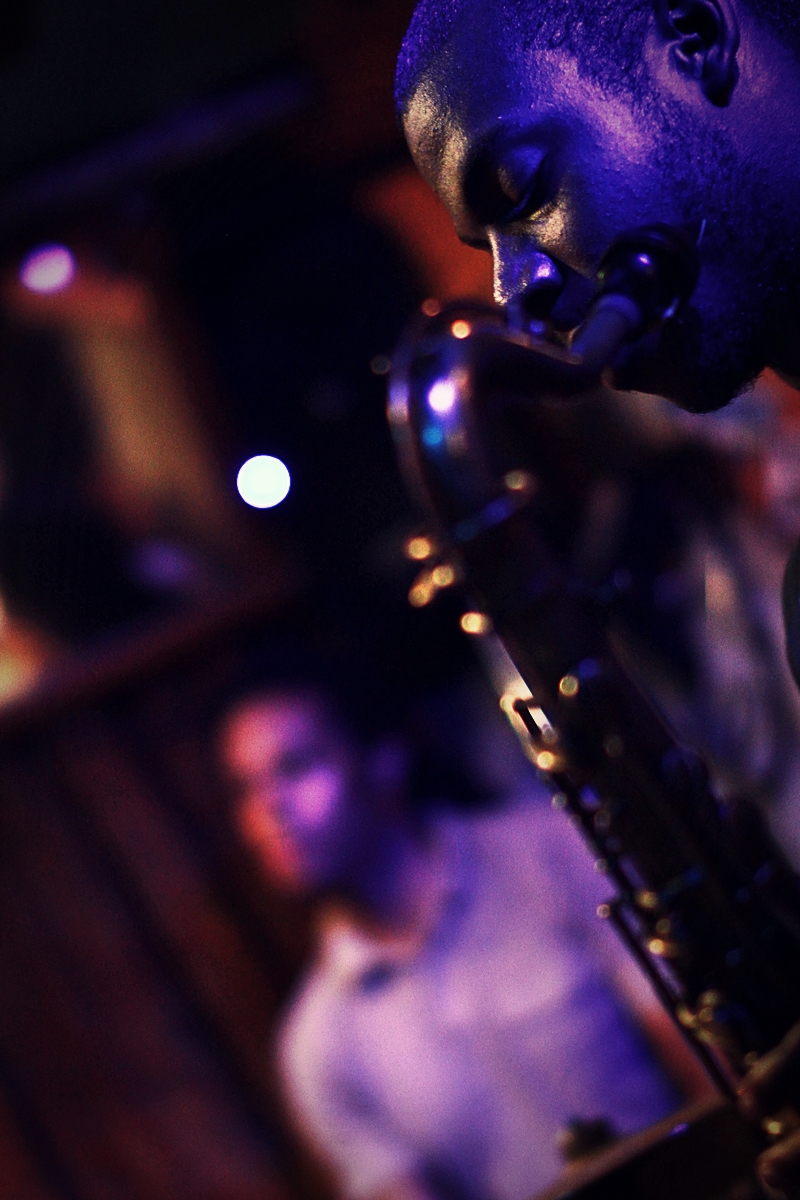 slideshow
Having played on two Grammy-winning albums, it was just a matter of time for saxophonist/composer Tivon Pennicott to explore his own artistry. With his band Sound Quartet, Pennicott has just released Lover of Nature, an album of sleek, sprightly jazz compositions that boldly showcases a brilliant new talent. In this interview, Pennicott discusses his musical origins and creative passions.

Q: When did you learn to play the saxophone?

A: I started playing saxophone at the age of 12. My dad literally took me to the store and pointed at the saxophone and said, “You're going to play that." Luckily, I subconsciously wanted to as well.

Q: What made you passionate about the sax and jazz in general?

A: Saxophone came to me pretty easily in the beginning. I enjoyed sight reading new music. It was more like a game than actual music. My band director put on Joshua Redman's “Hide and Seek." I was mesmerized by his virtuosity. That began the search for more jazz, old and new.

Q: Has jazz always been your preferred musical style? Did/do you listen to other genres? If so, what are they?

A: I grew up in a southern white church in Georgia, but from a traditional Jamaican family. I grew up hearing old church hymns that Jamaicans and American southerners shared. I was never really into any other styles of music until high school, where I had an ill-fitting rap phase (I wanted to be a hip hop rapper). As my development continued, my musical interests expanded vastly in all directions.

Q: When did you win two Grammys and what were they for?

A: I am playing on Esperanza Spalding's Grammy-winning album Radio Music Society from 2013, and also on Gregory Porter's Grammy winning album, Liquid Spirit from 2014, both for Best Vocal Jazz Album.

Q: Do you play any other instruments?

A: My first instrument was drums. For the longest, everyone knew Tivon, the drummer, as I played in church and small school functions. As the years have passed, I play a lot of piano. It brings me great joy to sit in on piano at jam sessions in New York.

Q: Did you compose all of the tracks on Lover of Nature?

A: I am the composer of all the music except for the last track, which is completely improvised. As it explains in the liner notes, each composition was written from particular experiences I have had since moving to New York.

Q: Who is in your Sound Quartet and what instruments do they play?

A: Mike Battaglia plays piano, who's a long time friend I met in college. Kenneth Salters is the drummer. I met him in Harlem in the famous St. Nick's Pub. Spencer Murphy is the bassist. I've been playing with him in varying situations since I moved to New York at the end of 2009.