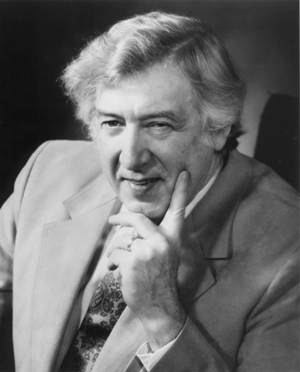 slideshow
Gunther Schuller is the eminence grise of the jazz-classical movement. Gunther began playing French horn professionally in 1941 with the New York Philharmonic Orchestra at age 16. He then played with the American Ballet Theater and the Cincinnati Symphony Orchestra before becoming principal horn in New York's Metropolitan Opera Orchestra from 1945 to 1959. In 1950, Gunther was recruited by pianist John Lewis [pictured below] and trumpeter Miles Davis to play on a seminal recording date that would become known as the “Birth of the Cool" session. Throughout the 1950s, Gunther worked to bring jazz and classical together in a new, single form, an effort that often landed him in the cross-hairs of jazz and classical critics. In 1955 Gunther and pianist Lewis founded the Modern Jazz Society, and in 1957, during a lecture at Brandeis University, Gunther described his vision of a jazz-classical hybrid as “Third Stream."

But Gunther was just getting warmed up. Soon after his lecture at Brandeis, he and Lewis founded the Lenox School of Jazz. Between 1967 and 1977, Gunther was president of the New England Conservatory, and over his career he has composed numerous jazz and classical orchestral pieces and has written several important jazz books. In 1980 Gunther started GM Recordings, and his 800-page memoir will be published soon by a university press.

In Part 1 of my interview series with Gunther, 85, the French hornist, composer, arranger, writer and producer talks about attending grade school in Germany just before World War II, the terrible accident that likely saved his life, arriving in New York and playing with Arturo Toscanini at age 16, and the start of his voracious appetite for the arts that began in earnest in the late 1940s:

JazzWax: Where exactly did you grow up?
Gunther Schuller: As a young child, I spent 4 years in a private school in Germany for foreign children of German parentage. My parents were German, but they had emigrated to America and my father was in the New York Philharmonic Orchestra. I was a slightly unruly, rebellious child, so they placed me in a boarding school in Germany. [Pictured: The 1941 New York Philharmonic bass section]

JW: Why did they do that?
GS: My parents had assumed that a German education would be best for me. Besides, both of my parents had relatives there, so on vacations I would stay with them. I attended that school from January 1932 until December 1936. I had an incredible education there. In the second grade I was studying subjects like French, Latin, geography and geology. [Pictured: German countryside]

JW: As you're studying civilization, Germany is growing rapidly uncivilized.
GS: Yes. We were isolated in the school from what was happening there. By definition, these private schools for foreign children with German parents were sealed off from outside distractions, and Hitler had promised to leave them undisturbed. However, since Hitler never kept any agreement that he had made, he invaded all those private schools in 1936.

JW: What happened to you?
GS: In the last half year of my stay there, I was inducted into the Hitler Youth. There I was in a brown uniform parading uselessly up and down outside, with the commandant beating us severely once a week. I wrote my parents about what was going on there, but they were in disbelief. They were 3,000 miles away in New York. Even in America, people in the 1930s were in disbelief that Hitler was really that bad or evil.

JW: How did you finally leave Germany?
GS: In 1936, when I turned 11, I lost my right eye in a knife accident. It's too gory to get into, but I was in the hospital for a week and underwent a double operation on my eye. You can imagine how my mother felt when she heard the news. I had to leave the school, of course, and my mother had to come to Germany to take me home to New York. In those days there were no airplanes crossing the Atlantic, so it took her seven days to get there. I've had an artificial right eye ever since.

JW: Where did your parents live in New York?
GS: In Queens. As soon as I arrived, I was enrolled in another private school--St. Thomas Choir School. I was there for three years. The school was nearly as rigorous as the one in Germany, so I had little time for anything more than my studies. What I am today is largely a result of the education I had in Germany and New York.

JW: Did you find New York exciting?
GS: Well, of course. Though we lived in Queens, we were in Manhattan a lot. When I came to New York, it was discovered that I had musical talent. I didn't know that and no one else knew that either. So I became a musician very quickly, between age 11 and 16. And a composer afterward.

JW: How was high school after St. Thomas?
GS: I don't know. I finished three years ahead of everyone else. I had already covered everything that the high school was teaching for graduation in my earlier private schools. That's how I wound up becoming a professional French horn player at age 16 and playing with Arturo Toscanini in the New York Philharmonic.

JW: Were you aware of how advanced you were?
GS: I knew I was good. My father was the leader of the second violins in the Philharmonic. He was a terrific violinist. My teacher and father had recommended me, and I was hired. Toscanini was inspiring, but he was one of those temperamental tyrants who just behaved ridiculously on the podium.

JW: How so?
GS: Toscanini was the greatest conductor of that era, but he would explode in these outbursts, these scatological fits with Italian curse words. It was frightening to work with him. But he was such a great musician and conductor. We played extremely well with him. But if he landed on you, you were in trouble. [Photo of Arturo Toscanini conducting Metropolitan Opera stars in 1946 by W. Eugene Smith for Life]

JW: Did he ever land on you?
GS: Not in that first performance. Toscanini tended not to conduct contemporary music, and my first performance just happened to be Dmitri Shostakovich's Seventh Symphony, which was composed in 1941. Toscanini didn't know the symphony as well as he knew works by Wagner, Beethoven and Rossini. I came away unscathed [laughs].

JW: Why do you suppose that happened, specifically?
GS: Probably because he hardly knew I was there. The symphony, you see, has eight horns instead of the usual four. I was hired as one of the extra players. But I was scared. I was just 16 years old and I feared he'd look around, see me and say, “What is this little kid doing in this orchestra?" [laughs].

JW: So you were playing in the orchestra with your dad?
GS: Yes, he was about 30 feet away.

JW: Did you feel the added pressure of your father's presence and judgment?
GS: Yes, always. I played with the New York Philharmonic later as first French horn player, and my father was always sitting by. But I was good. There were a few bad moments. Only once in a great while would he look at me with a sour look. But not in the Shostakovich symphony. I think Toscanini was just glad to have gotten through it.

JW: Did Toscanini give you a hard time later?
GS: Not really. He was a great conductor of Wagner, whose late operas required eight horns. For those performances, Toscanini would hire the four extra horns he needed from the Metropolitan Opera, where by that time I was playing first horn. That's how I was able to play with him many times, when he conducted the NBC Symphony Orchestra in those Wagner programs. [Photo of Toscanini conducting the NBC Symphony in 1947 by Robert Hupka]

JW: How did you avoid distractions in New York?
GS: Well, I didn't. I became heavily involved with all the arts--film, painting, literature, dance and other forms. This is hard to explain. My girlfriend, who later became my wife, and I lived the full cultural life of New York, which is now quite gone. New York was, in the late 1930s and 1940s and well into the 50s, the cultural paradise of the world. It was unbelievable in its richness, wit, breadth, depth--and I feasted on that. It was so mesmerizing. It's almost impossible to describe the energy and excitement today. [Pictured: Women with Statue at the Museum of Modern Art in 1948 by Ruth Orkin]

JW: Did you explore it all?
GS: My wife and I hardly ever slept. We existed on three or four hours' sleep. Whenever we were free, we'd see three or four films showing at the Museum of Modern Art. I was obsessed with the art of film--the great films from Germany and France from the 1920s and 1930s. We went to all the museums and galleries, saw performances of all kinds. We went to jazz clubs. We did everything. We just ate up the entire cultural ambiance of New York at the time.

JW: Was it an obsession?
GS: That's just the way I am. To this day, I have a voracious appetite for anything cultural and artistic. I just cannot not pursue it. When I was young in Germany, I had a great talent for drawing, painting and design. I still have the whole fascination and involvement with art in me, and it shows up in a lot of my music.

JW: What was it about New York that excited you?
GS: Artists in all of the arts created works at the highest levels. Enjoying all of the arts came together for me. They didn't come together for most of my colleagues. But I'm crazy. We were crazy. Just pursuing jazz and classical music day after day was enough. But we would go see and hear anything and everything. We couldn't get enough, and it was all terribly exciting. It's hard to believe. It's hard for me to believe in retrospect. Once I hooked up with the jazz world, though, through John Lewis, Dizzy Gillespie, Charlie Parker, Miles Davis and others, I was completely captivated. It was just outrageous. [Photo of Dizzy Gillespie by Herman Leonard/CTSImages.com]

Tomorrow, Gunther talks about meeting pianist John Lewis, the origins of jazz-classical fusion, recording four tracks with the Miles Davis nonet, and the most difficult “Birth of the Cool" piece that gave the ensemble so much trouble.