The composer Gunther Schuller is, famously, a man of many musical pursuits. He began his professional life as a horn player in both the jazz and classical worlds, working as readily with Miles Davis and Gil Evans as with Toscanini; he was principal horn of the Cincinnati Symphony from age sixteen and later of the Metropolitan Opera Orchestra until 1959.

In the 1950s he began a conducting career focusing largely on contemporary music, and thereafter conducted most of the major orchestras of the world in a wide range of works, including his own. He was central in precipitating a new stylistic marriage between progressive factions of jazz and classical, coining the term "Third Stream" and collaborating in the development of the style with John Lewis, the Modem Jazz Quartet, and others.

An educator of extraordinary influence, he has been on the faculties of the Manhattan School of Music and Yale University; he was, for many years, head of contemporary music activities (succeeding Aaron Copland) as well as a director of the Tanglewood Music Center, and served as President of the New England Conservatory. He has published several books and recently embarked on the writing of his memoirs.

In the late 1970s he started the GunMar and Margun music publishing companies and later the GM Recordings label. (The GunMar/ Margun catalogs are now part of G. Schirmer/Music Sales/AMP.) Composition has had a continual central presence in Schuller's musical life: he has written more than 180 works dating back to the beginning of his career when, at age nineteen, he was soloist in his own Horn Concerto with the Cincinnati Symphony Orchestra under Eugene Goosens. His works range from solo works to concertos, symphonies, and opera, and many fall outside of any genre (for which reason there can be no such thing as a brief and comprehensive overview of his output).

Gunther Schuller's orchestral works include some of the classics of the modern repertoire written for the major orchestras of the world. Prominent among these are several masterful examples in the "Concerto for Orchestra" genre, though not all of them take that title. An early example is Spectra (1958), commissioned by the New York Philharmonic for the orchestra's departing music director Dimitri Mitropoulos. Schuller reconfigured musical space by organizing the ensemble onstage into smaller chamber groups within the larger orchestra, and also concentrated on instrumental timbre as a defining aspect of the piece's form and expression; both of these aspects were cutting-edge for the time, foreshadowing concerns of later composers. Spectra remains a compelling orchestral essay alongside such other works as the Concerto for Orchestra No. 1: Gala Music (1966), written for the Chicago Symphony Orchestra; Concerto for Orchestra No. 2 (1976) for the National Symphony Orchestra; and Farbenspiel (Concerto for Orchestra No. 3) (1985), written for the Berlin Philharmonic. The title of the latter, translatable as "play of colors," echoes the visual metaphor of Spectra.

Many of Schuller's other purely orchestral works draw explicitly on visual influences while invoking the Impressionist and late Romantic tone poems of Debussy and Schoenberg. These include one of his most popular pieces, Seven Studies on Themes of Paul Klee (1959), which Schuller describes as a "translation" into musical terms of several paintings which were Klee's own translations of musical themes into the visual realm. Seven Studies was written for and premiered by the Minneapolis Orchestra. A later work, An Arc Ascending (1996), was inspired by photographs by Alice Weston. Orchestral works of similar origin are his Four Soundscapes (Hudson River Reminiscences) and Shapes and Designs.

Only one of Schuller's large orchestral pieces takes the generic title of "symphony": his colorful Symphony 1965, written for the Dallas Symphony Orchestra and premiered that year. Schuller himself, however, has described his Of Reminiscences and Reflections (1993) as a "symphony for large orchestra." Written for the Louisville Orchestra and winner of the 1994 Pulitzer Prize in Music, Of Reminiscences and Reflections is Schuller's large- scale memorial to his wife of 49 years, Marjorie Black. (Another orchestral tribute to Marjorie is The Past Is the Present, written for the centennial of the Cincinnati Symphony and premiered in May 1994.) One of his first works performed by a major orchestra was his Symphony for Brass and Percussion, played in 1949 by Mitropoulos and the New York Philharmonic; his Symphony No. 3, In Praise of Winds (1981) is also for wind ensemble. He has also written a Chamber Symphony and a work for solo organ titled, simply, Symphony.

Concertos and concertante works for solo or small ensemble with orchestra form a large subgroup within Schuller's output. To go along with the two piano concertos (1962 and 1981), two violin concertos (1976 and 1991), two horn concertos (1943 and 1976), and concertos for trumpet, for flute, and for viola, Schuller has championed as soloists unusual but deserving instruments including alto saxophone, bassoon, contrabassoon, organ, and double bass. He has shown a predilection for works combining small ensemble and orchestra in his classic Contrasts for Wind Quintet and Orchestra (1961), Concerto Festivo for Brass Quintet and Orchestra, and the Concerto for String Quartet and Orchestra, to name a few. For concert band are Diptych for Brass Quintet and Concert Band (1967), Eine Kleine Posaunemusik for trombone and band (1980), and Song and Dance for violin and band (1990). He added notably to the percussion ensemble repertoire with his Grand Concerto for Percussion and Keyboards, featuring more than 100 percussion instruments, written for the New England Conservatory Percussion Ensemble. The Grand Concerto was premiered at Tanglewood in July 2005 by Tanglewood Music Center Fellows under the composer's direction.

Schuller's two operas date from the early-middle of his compositional career. The Visitation (1966), a full- evening work in three acts based on a Kafka story, was produced by the Hamburg State Opera and the San Francisco Opera and was produced for television by the BBC in 1969. His hour-long 1970 children's opera The Fisherman and His Wife features a libretto by John Updike drawn from the Grimm fairy tale.

As in his concertos, Schuller's chamber music is for a range of both traditional and non-traditional forces, from the four string quartets, brass and woodwind quintets, to works for solo instrument or voice with piano and mixed- ensemble pieces. These works appear frequently on the programs of local and internationally known ensembles throughout the US, Europe, and Japan. His String Quartet No. 3 (1986) is prominent in the repertoire of, and has been recorded by, the Emerson String Quartet, and the Juilliard Quartet has championed his String Quartet No. 4 (2002). The outstanding, exotic mixed-media work Symbiosis (1957) for violin, piano, and percussion, written for a Metropolitan Opera Orchestra violinist and his wife, a dancer, is but one example of Schuller's embrace of unusual performance opportunities and instrumental combinations.

Not to be overlooked are Schuller's original jazz compositions such as Teardrop and Jumpin' in the Future, works that epitomize the composer's Third Stream approach combining the total-chromatic language of Schoenberg and the structural sophistication of the contemporary classical composer with the ensemble fluidity and swing of jazz. Schuller's realizations and orchestrations of music by composers from Tallis and Monteverdi to John Knowles Paine and Charles Ives coexist with his concert ensemble arrangements of classic jazz, standards, and ragtime music by Jelly Roll Morton, Dizzy Gillespie, Duke Ellington, and many others. Of special importance is his work with the music of Scott Joplin. His performances and arrangements of Joplin's music resulted directly in an immense resurgence of interest in the composer and in ragtime music generally in the 1970s.

Schuller's advocacy of other composers through performance, publishing, recording, teaching and administration has been as unflagging in its energy and scope as his pursuit of his own musical expression as performer, conductor, and composer. Show less 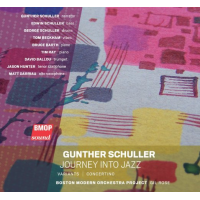 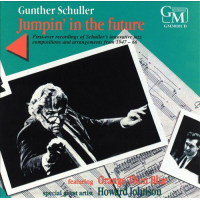 Jumpin' In The Future 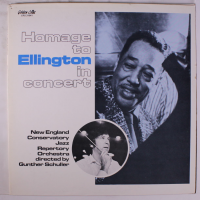 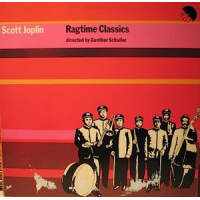 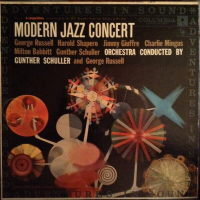 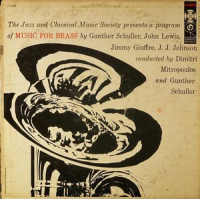 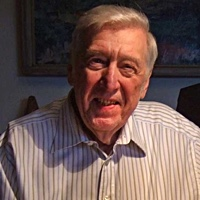 All About Jazz musician pages are maintained by musicians, publicists and trusted members like you. Interested? Tell us why you would like to improve the Gunther Schuller musician page.