In jazz circles, it's common knowledge that the best way to listen to jazz is in a live setting. But while most agree, some argue listening to jazz on vinyl is even better. In reality, there’s no way to judge which is best as they are completely different experiences, One thing is clear: it's hard to go wrong with both. Vinyl has a crackle and pop that gives a warm feeling—almost like ASMR. And since it has uncompressed sound, the ...
read more 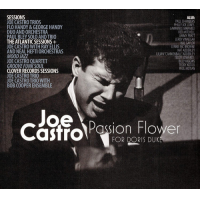 Joe Castro was a captivating figure. A multi-talented West Coast bop pianist in the early 1950s and beyond, Castro also was a tasteful recording-session leader and soloist. He had the sturdy keyboard command of Dave Brubeck, the bounce of Hampton Hawes and styling of Dodo Marmarosa. And like Brubeck and Armstrong, he also had one of the broadest and most eager smiles. Unfortunately, Castro never broke into the big time with a working group or a contract with a major ...
read more 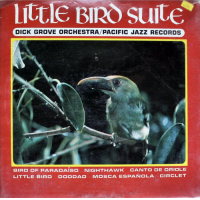 Dick Grove wore two hats. There was Grove the educator, who moved to Los Angeles in 1957 and taught at the Westlake School of Music. In 1973, he started the Dick Grove School of Music, enlisting Henry Mancini, Bill Conti and Lalo Schifrin as teachers. How did he manage to pull that off? That brings us to the other Dick Grove—the powerhouse arranger and conductor for bands, movies and television. When he wasn't working with music students, Grove wrote superb ...
read more

The Shearing Sound That Wasn't 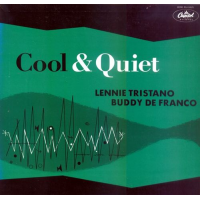 In 1948, George Shearing and Buddy DeFranco kicked around the idea of forming a quintet. With Shearing's block chords and Buddy's bop clarinet along with their speed, they figured they'd knock out audiences. They performed together with bassist John Levy and drummer Denzil Best at the Clique Club, which would become Birdland a year later. But business and technology got in the way. With the advent of the 10-inch LP, Buddy was signed to Capitol in 1949 while Shearing signed ...
read more

Albums that had significant impacts on my thirst for jazz

In recent days, Facebook has been bubbling with users’ lists of celebrities or musicians that they have met or performed with, with one exception. Then it’s up to the followers to figure out which one was untrue. This is an interesting sheltering-in-place pastime. Thanks to my parents’ modest record collection, there was some music by jazz artists in our upstate New York home when I was growing up in the 1950s and early ‘60s. But these were considered more popular ...
read more

At JazzWax, 12 is the number of years I've posted annually on my selection for the JazzWax Vintage Holiday Album Hall of Fame. The point of this is to offer up perfect holiday music that conjures up feelings of a time long past or is just superbly executed seasonal music. Combined on your iTunes or Spotify playlist, all of these albums shuffled should do the trick this month. My choice for induction this year is Christmas With the George Shearing ...
read more 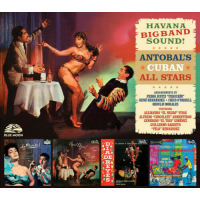 Havana in the 1950s was an exotic suburb of Las Vegas. How the Cuban capital became the playground of American tycoons, celebrities and hustlers is a long and sordid story. Here's the short version: After Cuba's independence from Spain in the late 1800s, the country became increasingly dependent, economically, on the U.S. At the start of the 20th century, American companies set up plantation systems to inexpensively harvest, package and ship a wide range of agricultural products back to the ...
read more

The More Things Change…(Or Do They?)

The following post appeared on Rifftides nine years ago this spring. What thoughts does it stimulate in readers now? Have there been significant changes in jazz since 2008? Originally posted on March 4, 2008 Rifftides reader George Finch sent this message in reaction to a ten-year-old article in The Atlantic. There has been so little essential change in jazz since 1997 that The Atlantic piece might have been written last week. It consists mainly of a conversation among authors Tom ...
read more 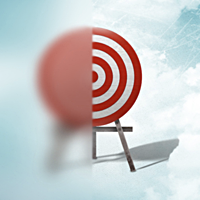