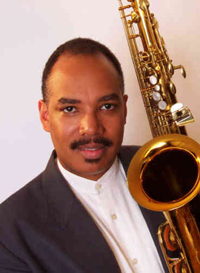 slideshow
FEINSTEIN'S AT LOEWS REGENCY, the nightclub proclaimed Best of New York by New York Magazine, and an invaluable New York institution by The New York Post, will continue its star-studded Winter/Spring 2010 season with the debut of the new band led by world-renowned saxophonist, flautist and composer DON BRADEN and MARK RAPP, one of Downbeat Magazines top emerging trumpeters. Their show at Feinstein's will celebrate the release of their debut recording The Strayhorn Project a tribute to jazz composer, arranger and legend, BILLY STRAYHORN with songs ranging from The Far East Suites Isfahan to jazz classics like Satin Doll, A Flower Is A Lovesome Thing and Something To Live For. The evening, which will also feature Gerald Clayton on piano, Sachal Vasandani on vocals, Rene Hart on bass and Greg Gonzales on drums, will be performed at the Regency Hotel (540 Park Avenue at 61st Street).

DON BRADEN has toured the world leading his own ensembles, and as a sideman with greats such as Betty Carter, Wynton Marsalis, Freddie Hubbard, Tony Williams, Roy Haynes, and many others. He has composed music for everything from duo to full symphonic orchestra, for recordings, film and television. He is an imaginative, technically excellent, soulful saxophonist, and his harmonic and rhythmic sophistication give him a unique approach to improvising as well as composing and arranging. Braden serves as Music Director of the New Jersey Performing Arts Centers Wachovia Jazz for Teens Program. For four years, he served as music supervisor for Bill Cosby's CBS sitcom Cosby and was the co-composer and producer of theme songs for Little Bill and Cosby's Nickelodeon animated series Fatherhood. Braden is also the proud recipient of a Doris Duke Foundation Jazz Composition grant, which will fund the creation of a new work for his Octet.

MARK RAPP has played sold-out shows at The Blue Note, Joes Pub and The Jazz Standard in New York, Yoshis in San Francisco and such venues as the JVC Newport Jazz Festival, Dizzys at Jazz Lincoln Center, JazzTime Festival in Croatia, Jazzland in Vienna and more. Mark, who was most recently featured on a Travel Channel documentary, has his own way of defining jazz and is constantly inclined to take his music further, according to Jazz Times. Having played with everyone from Branford Marsalis to Hootie and the Blowfish, his critically acclaimed debut CD Token Tales is being played around the globe.

BILLY STRAYHORN joined Duke Ellington's band in 1939, at the age of twenty-two. Ellington liked what he saw in Billy and took this shy, talented pianist under his wing. By the end of the year Strayhorn had become essential to the Duke Ellington Band; arranging, composing, sitting in at the piano. Billy made a rapid assimilation of Ellington's style and technique. It was difficult to discern where ones style ended and the others began. The results of the Ellington-Strayhorn collaboration brought much joy to the jazz world. Strayhorn lived a tremendously productive life. He influenced many people that he met, and yet remained very modest and unassuming all the while. He coached Lena Horne in classical music to broaden her knowledge and improve her singing. He toured the world with Ellington's band and for a brief time lived in Paris.

Strayhorn's own music is internationally known and honored. It has been translated in French and Swedish. Some of Strayhorn's compositions are Chelsea Bridge, Day Dream, Johnny Come Lately, Rain-check and Clementine. The pieces most frequently played are Ellington's theme songs Take the A Train and Lotus Blossom. Some of the suites on which he collaborated with Ellington are Deep South Suite in 1947; the Shakespearean Suite or Such Sweet Thunder in 1957; an arrangement of the Nutcracker Suite in 1960; and the Peer Gynt Suite 1962. He and Ellington composed the Queens Suite and gave the only pressing to Queen Elizabeth of England. Two of their suites Jump for Joy from 1950 and My People from 1963 explored the struggles and triumphs of blacks in the United States. Both included a narrative and choreography. Strayhorn conducted the latter at the Negro Exposition in Chicago in 1963.

In 1967 Billy Strayhorn died of cancer. Duke Ellington's response to his death was to record what the critics cite as one of his greatest works, a collection titled And His Mother Called Him Bill, consisting entirely of Billy's compositions. Later, a scholarship fund was established for him by Ellington and the Julliard School of Music.

FEINSTEIN'S AT LOEWS REGENCY will present Braden-Rapp: The Strayhorn Project on Monday, January 25 at 8:30 PM. The show has a $40.00 cover with $60.00 premium seats, in addition to a $25.00 food and beverage minimum. Jackets are suggested but not required. FEINSTEIN'S AT LOEWS REGENCY is located at 540 Park Avenue at 61st Street in New York City. For ticket reservations and club information, please call (212) 339-4095 or visit us online at feinsteinsatloewsregency.com and TicketWeb.com.