By Dan Bilawsky
January 8, 2013
Sign in to view read count 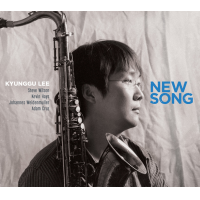 Jazz is all about artistic growth and an individual's willingness to move outside of his/her comfort zone to make it happen. Tenor saxophonist KyungGu Lee has firsthand knowledge of this fact; the Korean-born Lee had settled into a comfortable musical life in his native land, playing the clubs, teaching, and working the theater and television sides of the music business, but realized that he needed to push beyond what he already knew in order grow. So, he packed up his things and moved to New York in 2006. Studies at the New School For Jazz And Contemporary Music and SUNY Purchase put him in contact with saxophonists Donny McCaslin, Rich Perry, Mark Turner and Steve Wilson, as well as other renowned jazz performer-educators like trumpeter Jon Faddis and bassist Todd Coolman, who opened him up to the possibilities inherent within himself. Now, with the release of his debut album, his well-rounded viewpoint is on record for all to hear.

Lee is a modernist who doesn't go too far afoot from latter-day conventions; he makes music for himself and his musicians, but understands that an audience is needed in order to complete the cycle of creation and dissemination. His band mates are all higher profile players who happen to fall in line with this line of thinking. Johannes Weidenmuller's round bass sound fills in the bottom end of spectrum, and drummer Adam Cruz provides crisp direction, whether laying down a steady groove, nailing the hits or simply sprinkling cymbals over the band. Pianist Kevin Hays proves to be the most valuable player here, creating flowing undercurrents, conversational lines, and authoritative and compelling solos.

Lee proves himself a lyrical player, but doesn't fall into the sentimentality trap that snares so many players, as "The Princess" and "New Song" make clear. As a composer, he proves to be a fan of the middle ground, without resorting to extremes in any direction. One minute he might be taking liberties with his own rewrite of an oft-covered standard ("All The Things") and the next minute moving between an odd-metered groove and some straight- four backing ("The Rose"), but he's always in control.

Lulled into a comfort zone with the first four songs, the clear direction that Lee establishes is abandoned with the wonderfully sensuous, tango-influenced "Intuition," the album's standout track. While swing feels aren't a big part of Lee's vision here, he ends the album with a mid-tempo swinger that also proves to be one of its strongest entries ("Mr. W"). Both Lee and guest saxophonist Steve Wilson, who appears on three of the album's seven tracks, shine—both as individuals and in back-and-forth trade-offs.

KyungGu Lee has found his voice on New Song; now he just needs to keep on growing. This is an excellent debut record from an up-and-comer willing to push beyond his comfort limits.

All The Things; The Rose; The Princess; New Song; Intuition; Visitors; Mr. W.