By JOHN EYLES
November 2, 2012
Sign in to view read count
It is always a pleasure to welcome a new improvised music label, particularly when its initial releases give a strong indication that it will be releasing high quality recordings by some of the best improvisers around. That is certainly the case with Trevor Brent's Fataka, the newest label to emerge onto the London scene. As well as American pianist Matthew Shipp, Fataka's first two releases feature four British musicians who are active on the London scene, and each of whom has their own label: saxophonist John Butcher (Weight of Wax), guitarist John Coxon (Treader), saxophonist Evan Parker (Psi) and percussionist Eddie Prevost (Matchless). Without a doubt, such a line up would be the envy of many another label. Yes, Fataka is starting with a bang-and setting a very high standard for future releases to match. The label's music will be issued on CD, in numbered limited editions, and also on MP3 and FLAC.

Recorded at The Cube in Bristol in March 2008, Cinema features the first trio performance by Spring Heel Jack guitarist John Coxon, renowned saxophonist Evan Parker and AMM percussionist Eddie Prévost. All had played together before but not as a trio-Parker had toured with Spring Heel Jack in 2003, while Prévost recorded Imponderable Evidence (Matchless, 2004) as a duo with Parker and Acoustic Trio (Treader, 2005) with Coxon and Ashley Wales. That meant each of the three was familiar with the playing of the others but not in the trio context so, as a threesome, they did not have an established modus operandi to slot into, thus ensuring fresh music with all three contributing equally. There are enough of each player's trademark sounds here for each of them to be easily identifiable in a blindfold test-Coxon's subtle snippets to spark off improvisation, Parker's telltale tenor tone and passages of circular breathing, the ringing metallic sound of Prevost's bowed cymbals.

One of Coxon's snippets sets the album's single 55-minute track in motion, the most delicate of metallic sounds, soon answered by Parker with prolonged breathy notes and by Prévost's bowing which adds coloration rather than maintaining a rhythm . After that, once all three are into their stride, there is no looking back; the music swirls around between them with no-one obviously leading or hogging the limelight but each taking a turn being the centre of attention and gladly passing on the baton when their successor emerges. Each of the three is a subtle trio player, able to influence the direction of the music with a small phrase or interjection that acts like a tiny nudge of the tiller.

A mark of this album's success is that its 55 minutes never seem overlong; instead, despite a satisfying low-key conclusion, it will leave many listeners wanting more, so that the only sensible option is to immediately play it over again. Certainly a first-rate start for a new label. 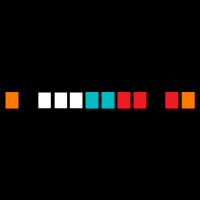 At Oto records the first ever meeting of saxophonist John Butcher and pianist Matthew Shipp, at Cafe Oto, London, on Valentine's Day 2010, a concert that was broadcast by BBC Radio 3. (If Fataka makes a habit of releasing BBC recordings, the label's future releases are a mouth-watering prospect). Apparently, when Shipp was booked for his Cafe Oto residency, he requested that he play with Butcher; this was understandable given Butcher's renown (and versatility) but not an obvious request given Shipp's own playing history.

In the event, the concert featured four pieces, only one of which was a duo. Preceding that, Butcher played solo on tenor sax then on soprano, followed by Shipp alone at the piano. The three solo pieces serve to highlight the all too apparent differences between Butcher and Shipp; while Butcher is his usual exploratory self, pushing at the boundaries of his instruments and his own playing, Shipp sounds to be in his comfort zone, never approaching his limits or his instruments but still producing rich and varied music.

In his illuminating 2011 essay Freedom and Sound: This Time It's Personal, Butcher made many telling comments about the art and craft of free improvisation, one of the most telling being: "The freedom that comes with improvisation is actually the freedom to recognize and respect the uniqueness of each individual playing situation. Doing this entails making specific and restricting choices, intimately connected to thoughts about whom you are playing with (and what you do and don't know about them), the acoustics of the environment and your own personal history." The half hour duo between Butcher and Shipp, "Generative Grammar," is aural evidence of that process at work, with both players "making specific and restricting choices." Through a subtle process of musical negotiation, with each player testing out where the other wishes to go, the two find common ground where they are both comfortable. Once they are there, both play non-stop, fitting together seamlessly to create a tumultuous piece that is sure to set pulses racing. Wonderful stuff. Roll on further releases from Fataka!