BY DAN BILAWSKY
January 4, 2015
Sign in to view read count 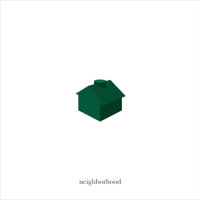 If any group can turn the concept of ebb and flow into a fully realized art form, it's Walking Distance. This New York-based foursome thrives on architectural schemes connected to the expansion and contraction of musical materials, presenting sounds that can appear disjointed, yet demonstrating congruence in their expression(s) all the while. Different players push and pull, ideas coalesce and collapse, and struggles give way to solidarity as Walking Distance trolls the Neighborhood.

By operating as a piano-less quartet with two saxophones, drums, and bass, Walking Distance establishes itself as a group that willingly stands left of center; the music it makes pushes this band even further in that direction. These men twist "I Could Have Danced All Night" into different shapes, moving from woozy, press roll-driven waltz impressions to driving swing; they travel an Ornette Coleman-esque path at warp speed during "Cartoon Element"; they invest themselves in punk-inspired noise craft on the brief title track; and they take a more tactful approach to music making on the beautifully nuanced "April 10th."

The group strength here is built on the musical range of the individual(s). Drummer Shawn Baltazor can play it loose, but he sounds even better when he's tightly wound; bassist Adam Cote cleverly walks the line between rhythm player and melodic voice; and saxophonists Caleb Curtis and Kenny Pexton are alternately allies and antagonists. One may be trying to channel the spirit while the other delivers bellowing distractions, but those moments don't last forever. Before you know it, they're friends again, traveling the same path harmoniously. Both saxophonists show a penchant for angular play, each can come on like a storm or float on by like cloud, and neither one backs off from a fight. These are cunning horn players capable of delivering keening lines or calming sonic salves. All four men are well-matched, willing to follow each other down any path or split up to explore different corners of the same structure. Neighborhood may only be a first step for Walking Distance, but it's a step in the right direction.