BY KARL ACKERMANN
March 3, 2016
Sign in to view read count 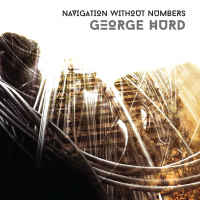 San Francisco-based composer George Hurd doesn't subscribe to any of the monolithic definitions around musical categories. In his own creative process he incorporates classical chamber music, home-grown electronics and acoustic instrumentation. Performed by the rotation of players making up his namesake ensemble, his debut album, Navigation Without Numbers, presents us with eleven Hurd original compositions that are both open and enterprising works.

Although Hurd's work principally focuses on electro-acoustic music—joined with modern chamber—he has written classical music in stand-alone arrangements as well as a number of film scores. A teacher of electronic composition, Hurd has also worked with clients such as Mason Bates, Tin Hat's Mark Orton, Ben Goldberg and Carla Kihlstedt, who appears on this album. Much of his composing for the The Hurd Ensemble has been dance oriented and to that end, he has collaborated with the award winning choreographer Loni Landon. Hurd also has a fascinating project called Echolocation that he based on particular sound recordings from his European travels.

There is significant diversity in these compositions that never rely solely on one element in Hurd's toolkit. "Four Went Down" opens like a freight train slowly chugging out of the station. Pianist Elyse Weakley guides the piece into the strings and a solo from violinist Solenn Séguillon. Cellist Erin Wang and bassist Ari Gorman spin through "Pauca" a beautiful classical piece accented by Weakly's delicately fast-pace piano floating above the strings. The intriguing title track is essentially an electronics and violin duet featuring Kihlstedt and Hurd. Tracks like "Fulcrum," "Flux" and "Tower of Babel" are the most electronically oriented but not at all without solid musicality. "Locked in Place" would be completely comfortable on the urban dance floor while "Hummingbird" features some exotic Asian influences.

With Navigation Without Numbers, Hurd treats electronics as organic components of the overall interpretation of his compositions. There are points where the electronic beat is primal in the face of chamber style strings and the contrast is riveting. Hurd successfully closes any preconceived gaps between electronics and traditionally composed music and what the listener is left with is sometimes warm, sometimes angular but always accessible. Overall, a captivating first effort, not confined by any of the many micro-genres in play.