Willis “Gator” Jackson originally established himself as a honking R&B tenor saxophonist before modifying his style and becoming a success in hard bop/soul-jazz.

Jackson was born in Florida, where he played as a teen- ager with the celebrated trumpeter Fats Navarro and other future jazz stars. He turned down offers of employment from Lionel Hampton and Andy Kirk in order to complete a college education at Florida A&M. Jackson initially played locally until he got his big break and joined Cootie Williams in 1948.

Jackson was showcased honking and screaming throughout the two-sided recording “Gator Tail” which earned him the nickname of “Gator” and led to him making his first records as a leader in 1950.

Willis Jackson was a popular attraction in the R&B field throughout the first half of the 1950s before rock and roll took over. He was married to Ruth Brown and appeared on many of her recordings of the era. Besides backing Ruth on many of her hits, he became a regular Atlantic session musician and also recorded under his own name. But by 1959 he had wisely altered his approach, eliminating some of the more excessive shrieks but still playing in a highly expressive style that fit in well with organ combos and in soul-jazz settings.

During 1959-1968, Jackson recorded constantly for Prestige, making a couple of dozen albums. Among the sets that are currently available are “Please Mr. Jackson,” “Legends of Acid Jazz,” “Keep on a Blowin,” “Gentle Gator,” “At Large,” “Gravy,” “Soul Night Live, With Pat Martino,” and “Nuther’n Like Thuther’n.” Several of these CDs feature guitarist Pat Martino when he was a talented teenager.

In the late 70s he led a tenor-organ combo featuring Carl Wilson (organ), and Pat Martino (guitar). He enjoyed a long and fruitful association with the organist Jack McDuff.

In his last years Jackson was heard frequently at various Harlem nightspots and at the West End Cafe near Columbia University, where he traded solos with George Kelly, an early friend from Miami, in a band called Two Tenor Boogie.

Willis Jackson continued playing in prime form up to the time of his 1987 death.

Willis Jackson left an imposing legacy of recordings covering all of his active period from 1950 up through the ‘80’s. Many are still available and are prime examples of high energy soul jazz played by one of its masters. 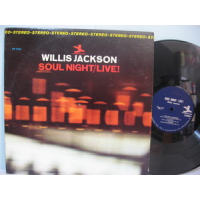 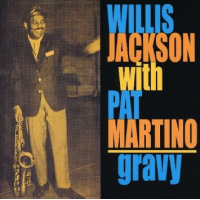 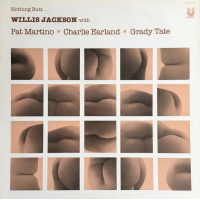 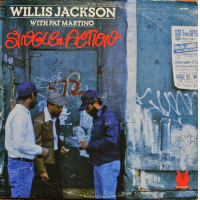 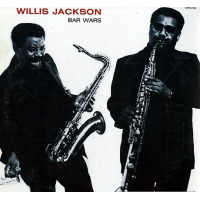 All About Jazz musician pages are maintained by musicians, publicists and trusted members like you. Interested? Tell us why you would like to improve the Willis "Gator" Jackson musician page.