Vibraphonist, marimbist, improviser and composer Patricia Brennan “has been widely feted as one of the instrument’s newer leaders.” observed The New York City Jazz Record. She inherited a deep love and appreciation for musical tradition from both parents, as well as being exposed to the musical richness of her native Port of Veracruz. She started studying music at 4 years old, playing latin percussion along salsa records with her father and listening to Jimi Hendrix and Led Zeppelin records with her mother. Also, around the same age, she started playing piano, influenced by her grandmother who was a concert pianist.

At the age of 17, Patricia was selected from musicians all over the Americas to be part of the Youth Orchestra of the Americas. During this time, she toured every country in the Americas and performed with renowned musicians such as Yo-Yo Ma and Paquito D’Rivera. Before moving to the U. S., Patricia was already performing with the top symphony orchestras in Mexico, such as Xalapa Symphony Orchestra and Mineria Symphony Orchestra. Also, she had already won several awards on marimba competitions and young artist competitions in Mexico and abroad and was featured in the “Líderes Mexicanos” magazine in 2003. She was accepted at the prestigious Curtis Institute of Music in Philadelphia, where she was able to perform alongside high caliber musicians from all over the world and conductors such as Simon Rattle and Charles Dutoit. She also performed with the prestigious Philadelphia Orchestra and other acclaimed new music groups such as members from Eight Blackbird.

Patricia's search for freedom in her musical expression led her to find her voice through the vibraphone and mallet percussion in improvisational music and composition.

Patricia has performed in venues such as Newport Jazz Festival, SF JAZZ, and Carnegie Hall, as well as international venues such as Wiener Konzerthaus in Vienna, Austria, Palacio de Bellas Artes in Mexico City and Teatro Colón in Buenos Aires, Argentina. She has also appeared on National Television, Public Radio, and the BBC radio show “Freeness” hosted by Corey Mwamba.

Patricia has appeared on numerous recordings from classical to improvised music, including an ECM recording with Michael Formanek Ensemble Kolossus called “The Distance” and a world premiere recording with the Curtis Symphony Orchestra and Christoph Eschenbach on Ondine Records. See Projects + Discography for full catalog. Patricia’s acclaimed debut solo album “Maquishti”, released on Valley of Search, was included on The New York Times 10 Best Jazz Albums of 2021. Patricia’s latest recording project “More Touch”, a versatile quartet, is expected to be released November 2022 on Pyroclastic Records.

Patricia Brennan is a Valley of Search artist, Pyroclastic Records artist, a BlueHaus Mallets artist, an Audeze artist. Patricia is currently faculty at the New School for Jazz and Contemporary Music and at the Jazz Studies program at NYU Steinhardt.

As an educator, I have been teaching music in several countries for almost 10 years. The ages of my students have ranged from 1 year old to adults. While in Mexico, I worked at a private arts school (Escuela Municipal de Bellas Artes - EMBA), where some of my duties included coordinating the percussion studio and school choir, teach private and group lessons as well as assisting as a co-teacher for general music classes for students from 4 years old to adults. While in Philadelphia, PA, I worked at The Baldwin School in Bryn Mawr, PA, where some of my duties included coordinating the percussion studio, teaching private and group lessons and organizing student performances for grades 5-12. Currently, I am a Spanish- Music instructor at Musical Kids International in New York City, where I teach a general music appreciation class in Spanish to children from 1-3 years old. I also have been a private music instructor and have been faculty member in several music camps and workshops as well as given Master Classes in the US, Mexico, Brazil, and Venezuela, among other countries. Contact for Availability and Rates: [email protected] 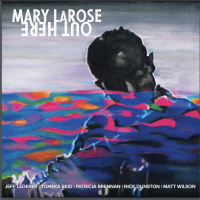 From: More Touch
By Patricia Brennan 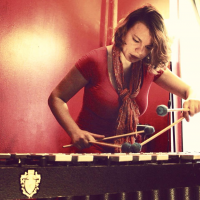 All About Jazz musician pages are maintained by musicians, publicists and trusted members like you. Interested? Tell us why you would like to improve the Patricia Brennan musician page.