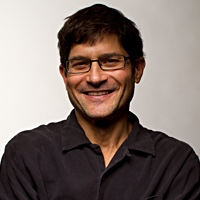 One of the finest modern composer/arrangers of our time.
—Downbeat Magazine

The release of Hiding Out comes after a decade working with some of the worlds most renowned large ensembles. From 2007-2013 he served as Artistic Director/Conductor of the Westchester Jazz Orchestra (WJO), and from 2011-2015 he was Associate Guest Conductor of the hr-Big Band (Hessischer Rundfunk - Frankfurt, Germany). With WJO he has written and conducted for Joe Lovano, Kate McGarry, John Scofield, John Patitucci, Randy Brecker, and Paquito D’Rivera. Projects for the hr-Big Band include arranging and conducting concert length projects for Kurt Rosenwinkel, Billy Cobham, Jane Monheit, Terje Rypdal, Dr. Lonnie Smith, Miguel Zenon, and a concert of the works of Frank Zappa for the 2015 Frankfurt Jazz festival. With the WDR Big Band (WestDeutsche Rundfunk - Cologne, Germany) he has written and conducted projects for Avishai Cohen and Eli Degibri, and for legendary drummer Al Foster

. Other projects include arrangements for a concert featuring Eli Degibri with jazz orchestra and strings, which was performed at the National Opera House in Tel Aviv in 2014, as well as arrangements for a WDR concert featuring Joshua Redman, and a work for the Stockholm Jazz Orchestra’s recent recording. He has also written multiple works for OJM (Portugal) and pianist Fred Hersch.

In 2017 Mike was named the inaugural Stuart Z. Katz Professor in the Humanities and the Arts at The City College of New York for This Rock We’re On: Imaginary Letters, an extended work in the form of an oratorio for jazz orchestra, voice, cello, and percussion. This in-progress work celebrates explorers, conservationists, writers, and photographers whose lives have been inspired by the natural world.

Mike can be heard as a sideman on over 70 recordings, and he has performed with/had his works performed and recorded by The Vanguard Jazz Orchestra, The Scottish National Jazz Orchestra, Zagreb JazzOrkestar, The Gotham Wind Symphony (where he is Composer-In-Residence), UMO, RTV Big Band Slovenia, The Airmen of Note, The Army Blues, The Tim Ries Rolling Stones Project, John Patitucci, Jason Rigby, Marvin Stamm, The Prism, American, and NY Saxophone Quartets, and many others.

Mike is a Full Professor at The City College of New York, and has enjoyed multiple artist residencies at The MacDowell Colony, The Brush Creek Foundation for the Arts, The Ucross Foundation, and Yaddo. He also teaches composing and arranging at The Manhattan School of Music, and from 2007 - 2015 he served as Associate Director of the BMI Jazz Composer’s Workshop, (founded by legendary jazz composers Bob Brookmeyer and Manny Albam), where he taught with Director Jim McNeely.

Much of Mike’s music is inspired by the natural world, and by champions of that world. When he’s not at his beloved 1909 Steinway model C, he can be found somewhere on the trail.

CCNY Professor's Musical Journey Down the Hudson to Debut April 10

“Holober has brought a profound artistic vision to bear on today’s jazz scene and confirmed his standing as one of the finest modern composer/arrangers of our time, in the tradition of Gil Evans, Bob Brookmeyer and Jim McNeely.” — Ed Enright, DownBeat

“Mike Holober leaps into the front rank of the most accomplished and inventive composers in jazz.” — Bob Bernotas, Just Jazz

From: The Alchemist
By Mike Holober

From: The Alchemist
By Mike Holober

From: Hiding Out
By Mike Holober

When There Were Trains

From: Balancing Act
By Mike Holober

All About Jazz musician pages are maintained by musicians, publicists and trusted members like you. Interested? Tell us why you would like to improve the Mike Holober musician page.