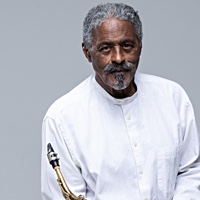 Charles McPherson will always be known for his alto sax playing. A favorite of Hollywood director Clint Eastwood, McPherson first gained a national reputation playing in Charles Mingus' combo in the late 1950s. By 1964 he was recording as a leader (although he'd continue to perform with Mingus for another half-decade), and later re-created Charlie Parker's ...

The National Youth Jazz Orchestra Ltd is a registered charity (no. 274578). In its 54-year history, NYJO has grown from a single jazz orchestra of emerging professionals to be a multi-faceted organisation that works in jazz education at all levels, and all around the country. Our 24-piece Jazz Orchestra remains the gateway to the profession for many future stars of the UK jazz scene, and countless musical theatre and session musicians. NYJO’s alumni include Guy Barker, Laura Jurd, Mark Nightingale and Amy Winehouse, plus the leader of the Strictly Come Dancing band Dave Arch (and most of his band members) and music supervisor for the London 2012 Olympics Martin Koch

Mike Tomaro has been the Director of the Jazz Studies Program at the Mary Pappert School of Music at Duquesne University in Pittsburgh, PA since 1997. This saxophonist, composer, arranger and educator earned his B.S. degree in Music Education from Duquesne University and his M.A. degree in Saxophone Performance from George Mason University in Fairfax, VA. Prior to his appointment at Duquesne, he lived in the Washington, D.C. area for seventeen years as a member of the Army Blues Jazz Ensemble, a unit of the prestigious “Pershing’s Own” U.S. Army Band. While a member of this group, he served as its Enlisted Musical Director and performed for Presidents Reagan, Bush and Clinton as well as heads of state from around the world

Musician Tip: Upload your teaching information so students can find you 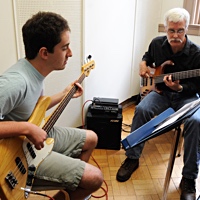