In less than twelve years, Mariza has risen from a well hidden local phenomenon, known only to a small circle of admirers in Lisbon, to one of the most widely acclaimed stars of the World Music circuit.

It all started with her first CD, Fado em Mim, published in 2001, which quickly led to a number of highly successful international presentations - the Québec Summer Festival, in which she received the event’s First Award (Most Outstanding Performance), New York’s Central Park, the Hollywood Bowl, the Royal Festival Hall, the Womad Festival - and ultimately earned her BBC Radio 3’s award for Best European Artist in the area of World Music. Fado em Mim was an exciting first album, showing a young singer with a rich, vibrant voice and a strong artistic personality. She still sang several hits of Amália’s repertory but her approach to the heritage of the great Fado diva was already so personal that she could easily cast away any suggestion of mere imitation. And within her original material Ó Gente da minha Terra, by the young composer Tiago Machado, soon became a major hit in its own right.

In 2003 came her second album, Fado Curvo. It was clearly a step ahead in a process of strengthening her own style and widening her own repertory, with the help of excellent arrangements by Carlos Maria Trindade. Amália was still present, with her emblematic Primavera, on a poem by David Mourão Ferreira, but so was ballad singer José Afonso, an icon of the democratic opposition to the Salazar regime in the 1960s and 70s, and much of the material was new and inspired. Fado Curvo would reach 6th place on the Billboard chart for World Music, and win the Deutsche Schallplattenpreis and the European Border Breakers Award at the 2004 MIDEM. Mariza’s stage performances multiplied, with great personal triumphs at the London Royal Festival Hall, the Frankfurt Alte Oper, the Paris Théâtre de le Ville, the Los Angeles Walt Disney Concert Hall (with the Los Angeles Philharmonic), the Madrid Teatro Albéniz or the Barcelona Teatre Grec. Her performing style at that period can be seen in her Live in London DVD, featuring her March 2003 concert at the Union Chapel and displaying her impressive vocal gifts and her growing self confidence onstage. In 2004, together with Carlos do Carmo, she was appointed by the Mayor of Lisbon an Ambassador for the nomination of Fado to the Representative List of Intangible Cultural Heritage of Humanity, which was to be officially approved by UNESCO in November 2011.

2005, when she received the Best Artist Award from the Amália Rodrigues Foundation and was appointed an Ambassador of Good Will by UNICEF, was a particularly remarkable year for Mariza, from the artistic point of view, with the issuing of her third CD, Transparente. She emerged in this album with a new, more mature style, so assured of her vocal powers that she could now afford to whisper and croon as well as sing at full force, building the climax of each phrase in an impressively serene and intelligent way, articulating the text in an even more expressive manner. She found an opportunity to salute three great fado singers with whom she felt deep artistic as well as personal affinities: Amália, whose Segredo, by Reinaldo Ferreira and Alain Oulmain, had been the late singer’s last original release; the recently deceased Fernando Maurício, acclaimed by the popular audiences of Lisbon as “the King of fado”, and at whose side she had often sung in their common neighbourhood of Mouraria; and Carlos do Carmo, whose advice she always made a point of acknowledging as an important factor in the formation of her own artistic personality and to whom a very affectionate version of one of Carmo’s greatest hits, Duas Lágrimas de Orvalho, was here dedicated. The repertoire was now more varied, musically as well as poetically, supported by Jacques Morelenbaum’s outstanding orchestral scores. A CD and DVD of her September 2005 anthological concert in Lisbon, accompanied by the Lisbon Sinfonietta under Morelenbaum himself, published in 2006, came as yet another document demonstrating this stage of reinforced maturity, and would eventually earn her a Grammy nomination in the Latin Music category, the first ever awarded to a Portuguese performer. In the same year she would be granted by the Portuguese President, Jorge Sampaio, the honours of Commander of the Order of Prince Henry the Navigator.

Appearances on the most important stages

Mariza’s career now proceeded with even greater success than ever, with appearances on some of the most important stages in the world: the Paris Olympia, the Frankfurt Opera, the London Royal Festival Hall, the Amsterdam Le Carré, the Barcelona Palau de la Música, the Sydney Opera House, the New York Carnegie Hall, the Los Angeles Walt Disney Concert Hall - in the latter case with a stage setting especially designed for her by none other than one of the world’s greatest architects, Frank Gehry.

In 2007 she was one of the leading stars in Spanish director Carlos Saura’s acclaimed movie Fados, exhibited in almost one hundred countries, as well as the subject of the BBC documentary Mariza and the History of Fado, directed the British music critic Simon Broughton, and in the following year she participated prominently in the first documentary series dedicated by the Portuguese public television to the history of Fado, Trovas Antigas, Saudade Louca, narrated by Carlos do Carmo on a script by Rui Vieira Nery.

Also in 2008 came her fourth album, Terra, with musical direction by José Limón, summing up much of the new repertory she had been performing in her latest tours, including such hits as Alfama and Rosa Branca and partnerships with Tito Paris, Concha Buika, Rui Veloso, Ivan Lins and Dominic Miller. Fado Tradicional Album

And 2010 was the year of a very special recording project, the album Fado Tradicional, in which she would reaffirm her connection with the most authentic tradition of classical Fado by going back to some of the most representative composers in the history of the genre, such as Alfredo Marceneiro, albeit with a highly individual and contemporary approach. In the same year she was made a Chevalier de l’Ordre des Arts et Lettres by the French Government.

No Portuguese artist since Amália Rodrigues has experienced such a triumphant international career, accumulating success after success on the most prestigious world stages, raving reviews from the most demanding music critics worldwide and countless international awards and distinctions. As usual, her musical partners are simply only the best: Jacques Morelenbaum and John Mauceri, José Merced and Miguel Poveda, Gilberto Gil and Ivan Lins, Lenny Kravitz and Sting, Cesária Évora and Tito Paris, Carlos do Carmo and Rui Veloso. An her repertoire, while firmly rooted in classical and contemporary Fado, has grown to include occasional Cape Verdean mornas, Rhythm and Blues classics or any other themes she holds dear to her heart.

In the past twelve years, Mariza has long passed the stage of a mere exotic episode in the World Music scene, ready to be replaced by whatever new colourful phenomenon appears in another geographic corner of the recording industry’s market. She proved to be a major international artist, strongly original and immensely gifted, from whom much is yet to be expected in the future. The young girl from Mozambique, raised in the popular Lisbon neighbourhood of Mouraria, has mastered the roots of her musical culture and developed into an universal artist who is able to open herself to the world without ever losing her heartfelt sense of Portuguese identity. And Portuguese audiences are the first to acknowledge this triumph and pay her back with unlimited love and gratitude. Show less 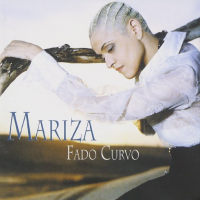 All About Jazz musician pages are maintained by musicians, publicists and trusted members like you. Interested? Tell us why you would like to improve the Mariza musician page.