Lucky Peterson is the most dangerous triple threat working in the blues. A searing lead guitarist, fantastic organist, and first-rate vocalist, Lucky played his first gig at age three. By the time he was five, he had already recorded his first single, produced by none other than the legendary Willie Dixon. As a child prodigy, Lucky was somewhat of a novelty act. Now he is a true blues veteran. Over the last three decades, Lucky has played to audiences all over the world, dazzling both fans and critics with his multi-instrumental talents (he plays keyboards, guitar, bass, drums and trumpet), his soulful vocal style and his youthful approach to the blues.

Born Judge Kenneth Peterson in 1963, Lucky was raised on music in his hometown of Buffalo, New York, His Father, James Peterson, was a blues singer and owner of the Governor’s Inn, a northern version of a Deep South “chitlin’ circuit roadhouse club. Artists like Buddy Guy, Junior Wells, Muddy Waters and Koko Taylor played there regularly. Virtually growing up on stage, little Lucky began playing almost before he began talking.

He started on drums, but after hearing the famed Bill Doggett one night, Lucky became fascinated by the huge Hammond B-3 organ. “Bill had a fit trying to keep me from it, recalls Lucky. After some lessons from Doggett and the legendary Jimmy Smith, Lucky focused most of his musical energy on the organ. In his spare time, he also mastered bass and piano, becoming good enough to sit in with his father’s band and back touring artists like Lightin Hopkins and Jimmy Reed. At First, people wouldn’t believe he could play so well, says James Peterson. They would think the organ was rigged.

By the time Lucky was five, word of this child prodigy had spread among the blues community. Willie Dixon, a friend of James Peterson heard little Lucky and produced the boy’s first record, a single entitled 1, 2, 3 4 and a follow-up album for Chicago’s Today Records. The single hit the airwaves with a bang and the national television appearances followed.

As Lucky continued to grow, he honed his instrumental skills by learning from and jamming with some of the best blues players in the world. When Little Milton’s band came up short an organ player one night, Milton asked the then 17-year-old Lucky to sit in. One gig was all it took for Milton to fall in love with Lucky’s playing. He asked Lucky to join the band permanently. After seven months, Lucky had become Milton’s bandleader. Opening shows with his own 45-minute set on vocals and keyboards, Lucky’s three-year stint with Milton led to an equally long gig with Bobby “Blue” Bland as Bobby’s featured soloist.

During a break in Bobby’s touring schedule, Lucky headed to Europe on a package tour billed as Young Blues Giants. There he recorded his second career album this time for the French label Isabel Records. In 1988, Lucky left Bland’s touring band, relocated to Florida’s Tampa Bay area and began concentrating on a solo career. His reputation quickly led to regular session work for tiny Florida-based King Snake Records. His funky keyboards sparked Kenny Neal’s “Big New From Baton Rouge!!,” Rufus Thomas “That Woman Is Poison!” and Lazy Lester’s “Harp And Soul,” which were all released by the more visible Alligator Records label. In 1989, Alligator released Lucky’s third solo outing, “Lucky Strikes!” Lucky co-wrote three songs for the album and played all of the keyboard parts and all but one of the guitar solos.

His 1993 Verve debut “I'm Ready,” began his association with the label. He received more recognition for his 1996 collaboration with the legendary Mavis Staples, on a tribute to gospel singer Mahalia Jackson, called “Spirituals & Gospel.” Peterson's previous dates also include1994's “Beyond Cool,” 1996's “Lifetime,” 1997's “Move” (all on Verve), and 1999's “Lucky Peterson,” his first for Blue Thumb Records. He went on to do “Double Dealin” in 2001 also for Blue Thumb. Lucky released “Black Midnight Sun,” on Dreyfus Records, in 2002.

Lucky joined up with his father James for the 2004 “If You Can’t Fix It,” on the JSP label. He recently released “Tete a Tete,” in 2007 which is a collaboration with Andy Aledort. Show less

Lucky Peterson - You Can Always Turn Around (Dreyfus, 2010) 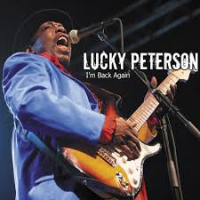 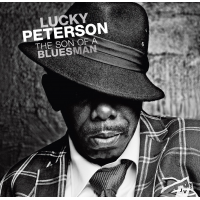 The Son Of A Bluesman

All About Jazz musician pages are maintained by musicians, publicists and trusted members like you. Interested? Tell us why you would like to improve the Lucky Peterson musician page.