Junior Wells was considered the direct musical descendant of modern blues harmonica legends John Lee "Sonny Boy" Williamson, "Sonny Boy" Williamson II (Rice Miller) and Little Walter Jacobs. An exponent of blues, funk and soul music, Wells developed a style incorporating all of those genres, and was a consummate stage performer who could back it all up.

Born Amos Blakemore in 1934, Junior was raised on a farm in rural West Memphis and Marion, Arkansas. He became intensely interested in the music flowing from the fertile blues culture of Memphis and learned harmonica from his cousin Little Junior Parker. After his parents separated, the wild and rebellious Junior moved with his mother to Chicago in 1946. There he discovered that music would be the most important thing in his life.

His teenage years were spent playing hooky from school, scrambling change from odd jobs and practicing his harmonica. His interest in the local blues musicians found the underage Junior sneaking into various clubs, vying to "sit-in" with bands. His earliest such escapade was in 1948 sneaking into the C & T Lounge where Tampa Red and Johnny Jones let the young harpist show his skills. A now famous incident was when Junior convinced his sister and her then-boyfriend, a Chicago policeman, to escort him to Sam's Ebony Lounge where the celebrated Muddy Waters band (with Little Walter Jacobs and Jimmy Rogers) were playing. "I went up to Muddy and told him I played harp...Muddy said he'd let me try. Little Walter said, "That little shrimp." They stood me on a coke box to reach the mike and I made $45 in tips....Walter asked me if I ever played the sax before!"

When Little Water left the Muddy Waters band to tour with his new found fame, Junior was called to replace him. Junior stayed on with Waters until 1952. In 1953, Wells was inducted into the army, but he didn't let this get in the way of his music career - some of his first recording sessions done for the States label were done while he was AWOL. Upon his return from the army in 1955, Willie Dixon introduced Junior to Mel London, who recorded classic Wells' songs "Messin' With The Kid," "Come On In This House," and "Little By Little" for the Chief and Profile labels.

The 1960's found Junior working frequently with Chicago blues guitarist Buddy Guy. The duo gigged the clubs and became a regular fixture in the city. In 1965, Delmark Records released Junior's first album, the classic “Hoodoo Man Blues,” with Buddy Guy on guitar. The celebrated duo of Wells and Guy toured the world with the Rolling Stones in 1970, and went into the Atlantic studios in ’72 to record “Buddy Guy & Jr. Wells Play the Blues.” This album garnered them recognition, and the pair continued a long association of recording and playing through the late 1980's.

Wells was reunited with Delmark in the late ‘70’s where he released “On Tap,” (’75) and “Blues Hit Big Town.” (’77) He did one album for Alligator “Alone and Acoustic,” in 1991. Junior signed with Telarc in ’93 and proceeded to put out records for them peaking with “Come On In This House,” in ’96, his most unadulterated blues record since his highly acclaimed “Hoodoo Man Blues,” of more than 30 years vintage. The idea was to team Wells with some of the era's top younger traditional blues guitarists - - Corey Harris, Alvin Youngblood Hart, Sonny Landreth, Bob Margolin, and John Mooney; to have those musicians, in various combinations, accompany Wells on a variety of slide guitars; and to concentrate on vintage Chicago and Delta blues. The result is a demonstration of the timeless appeal of classic blues done well. Wells' vocals are deep and manly; his harp playing is high- pitched, and in synch with the true feeling of the session. A well received and acknowledged recording, which was nominated for a Grammy.

To say that Wells is the genuine article is to understate the matter. He hailed from the hard knock school of blues harp masters. His is the sound of the Chicago streets, the Maxwell Street market, the juke joints, the after-hours sessions, the road-weary gigs and the hostile territory into which any artist must go to prove his worth. The beauty of it is that after all those years, in the end Junior Wells didn't have anything at all to prove. 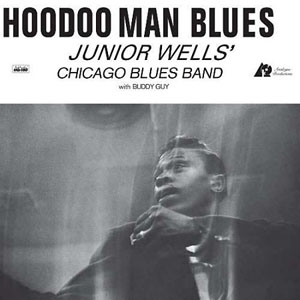 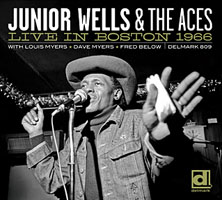 All About Jazz musician pages are maintained by musicians, publicists and trusted members like you. Interested? Tell us why you would like to improve the Junior Wells musician page.