Charlie Musselwhite seemed destined to be a bluesman. Born in Mississippi, the cradle of the blues, in 1944, Charlie moved to Memphis at an early age and became immersed in the city's diverse musical culture. While Charlie soaked up the music of Memphis with the enthusiasm of a true devotee, it was the blues that caught his soul. In his teens, he befriended several of Memphis' legendary traditional bluesmen, including guitarist Furry Lewis, Will Shade and the surviving members of the Memphis Jug Band. It wasn't long before Charlie began sitting in with his more experienced friends, and establishing a name for himself.

When Charlie was 18, he had an awakening. Music wasn't paying the rent, so for $50 a trip, Charlie would run moonshine whiskey from remote country stills into downtown Memphis, and his bosses would distribute it to dozens of drive-in burger joints around town. When the state police followed him home one day, Charlie decided it was time for a change of profession. The next day, he packed up and headed north on Highway 51 to try his luck in Chicago.

With the intent on finding a factory job in the Windy City, he instead found urban blues in all of its soulful glory. He hung out in the smoky blues clubs on the city's South and West sides and frequently sat in with legends like Little Walter, Muddy Waters and Howlin' Wolf. He also worked as a band member with Big Joe Williams, J.B. Hutto, Big Walter Horton, Johnny Young, Robert Nighthawk and Floyd Jones. "Coming to Chicago was like walking into Fat City," says Charlie. "These guys inspired me. They gave me an incentive to find my own sound."

Charlie remembers all of those rough and tumble years that, he says, "toughened me up", performing at South Side clubs for a dollar or two. "My feet would be wet from walking in the snow," he recalls. "I had great big holes in my shoes and I remember that really well...once you've been there you don't forget."

Charlie's sound was firmly rooted in Memphis and Chicago-style blues, but it was also inspired by the high energy of rock 'n' roll. In the mid-sixties, Charlie and Paul Butterfield tapped a whole new audience of young rock fans who were drawn to their high-energy style of blues harp. In 1966, Charlie's crossover popularity was rewarded. Charlie signed with Vanguard and recorded the classic album “Stand Back.” It was one of the first blues albums marketed to the rock audience and, along with his subsequent albums in the late '60s and early '70s, established Charlie as a worldwide touring talent. As one critic wrote at the time, "Charlie Musselwhite is the natural born heir to carry the torch for the big city blues tradition."

After recording three excellent albums for Vanguard, which by the way are available in a compilation reissue, Charlie moved to the San Francisco Bay Area, where he still lives. Over the next two decades, he recorded for numerous labels. Blind Pig has reissued one classic album that captured Charlie in one of his most creative periods, “The Harmonica According To Charlie Musselwhite.”(1979) This material has never before appeared on compact disc. On this recording, Charlie offers a superb master class in blues harmonica style and performance, recording 13 tunes in 13 different keys.

Charlie did many albums for many labels through the years. A few highlights were the ones he did for Alligator in the ‘90’s as; “Ace of Harps,” (’90) “Signature,” (’91) and “In My Time.” (’93) He went into a different direction in 1999 with his release of “Continental Drifter.” There are two sets of musicians on the album one being the Cuban players which give a Buena Vista feel to some of the cuts. It proved to be a well received innovative project.

After signing with Telarc Blues in 2002, he continued exploring his musical roots by releasing “One Night in America.” The disc exposed Musselwhite's innate interest in country music. “Sanctuary,” a rock and soul excursion, released in 2004, was Musselwhite's first record for Real World. He then followed up in 2006 with “Delta Hardware.” Recorded with his road band, it has the feeling of motion along with its looking into the past, which for Charlie is all the way back into the original Delta Blues. He plays this music with an authenticity that only comes from experience.

Such a long an distinguished carrer has not been without accolades garnered along the way. With 18 W.C. Handy awards to his credit and 6 Grammy nominations, he is firmly entrenched in musical history. Musselwhite has also been honored with the Lifetime Achievement Award from The Monterey Blues Festival and the San Javier Jazz Festival in Spain and the Mississippi Governor's Award for Excellence in the Arts. Perhaps most meaningful to him personally, in 1987, he conquered a long-running battle with alcoholism.

Musselwhite's version of the blues ventures far beyond conventional honky-tonk as he is simply interested in music with feeling, as he puts it, "music from the heart": "For me, it's about the feeling, and connecting with people. And blues, if it's real blues, is loaded with feeling. And it ain't about technique either, it's about truth, connecting to the truth and communicating with people." Show less

Charlie Musselwhite Returns to "The Well" on August 24 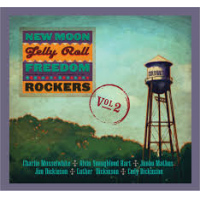 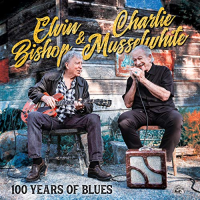 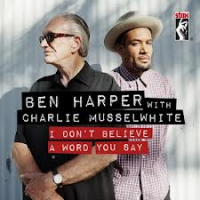 Best of the Vanguard... 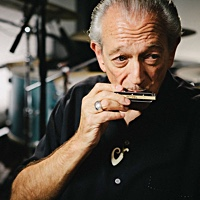 All About Jazz musician pages are maintained by musicians, publicists and trusted members like you. Interested? Tell us why you would like to improve the Charlie Musselwhite musician page.