Pianist Larry Willis has had an important and distinguished 40-year career in jazz. Since making his recording debut on Jackie McLean’s landmark 1965 album “Right Now!,” the New York-born Willis has played everything from free jazz to fusion to rock while performing as a valued sideman with such jazz titans as Dizzy Gillespie, Lee Morgan, Cannonball Adderley, Art Blakey and Woody Shaw.

Larry was born in 1942 in Manhattan’s Harlem. Surprisingly, he entered music not as a pianist but as a voice major, first at New York’s High School of Music and Art for gifted students, then at the Manhattan School of Music. His senior year in high school, at 17, he had his first recording date, a classical gig with the Music and Arts Choral Ensemble singing a Copland opera conducted by no less then Leonard Bernstein.

But something even more important than that happened to Larry at the beginning of that senior year. He started playing the piano no lessons, no teacher, just figuring it out by himself. By the end of the winter, he was playing his first professional gigs in a jazz trio with two of his classmates, Al Foster on drums and Eddie Gomez on bass. No one knew it then, but that little trio was probably the most distinguished high school jazz group in the country.

Soon after entering the Manhattan School of Music, Larry switched from voice to music theory. For one, he was running head-on into the all-too-evident barriers facing black musicians in the classical world.

On the positive side, Larry’s interest in jazz was turning into passion. A fellow student, Hugh Masakela, heard him jamming with Al Foster. Hugh was so impressed that he hooked Larry up with John Mehegan, the legendary New York jazz piano teacher. Those were Larry’s first-ever lessons. By the end of that year at the Manhattan School, at age 19, Larry was playing regularly with Jackie McLean, the great alto saxophone innovator.

This is a remarkable entry into jazz: a kid of 17 decides to play the piano for the first time; four months later, he’s playing gigs with a soon-to-be world class trio. A year and a half after that, he’s making jazz history with the next giant of the alto after Bird. A year after Larry’s graduation in 1965, Jackie gave him his first recording date “Right Now,” on Blue Note and on that first date recorded the first two pieces in a continuing stream of Willis compositions.

Larry’s extraordinary versatility as a pianist ranges from rock and pop�"he spent 7 years as keyboardist for Blood, Sweat and Tears to African, Brazilian and Afro- Cuban music. He’s one of the only non-Hispanic players who ever impressed Mario Bauza as a Latin pianist.

Another facet of Larry’s genius is his composing and arranging for orchestras and big bands. He’s always had a very special gift for arranging strings, strings that form a gorgeous, open framework for jazz improvisation. His first major string works were symphonic arrangements for a Brooklyn Symphony concert with the Fort Apache Band in 1994. Since then he’s done gem-like string quartet and quintet arrangements for three Mapleshade jazz CDs: John Hicks “Trio Plus Strings,” Sunny Sumter’s “Sunny,” and Monica Worth’s “Never Let Me Go.” Recently, he wrote larger scale arrangements for albums by Roy Hargrove, Vanessa Rubin and Joe Ford, among others. Larry composed an orchestral suite in four movements for the Florida Southern College Symphony Orchestra and then performed it in concert. He was also featured soloist with an Italian chamber orchestra, performing his own compositions.

Larry Willis is a three-time Grammy nominee with Fort Apache as well as pianist on two of their New York Jazz Critics Award-winning CDs. He’s was also on Roy Hargrove’s Grammy-winning “Crisol Band” CD and toured for three years with Roy. Currently, he is touring actively with his own Trio and Quintet as well as with Fort Apache from time to time.

Larry Willis released in 2007 his tribute to his mentor Jackie Mclean “Blue Fable,” on the HighNote label. With his high school buddy Eddie Gomez on bass, his quintet plays a set of post-bop standards and some original compositions, including an exuberant version of Thelonious Monk's "Rhythm-A-Ning," an introspective performance of Miles Davis's "Nardis," Jackie McLeans’s “Blue Fable,” (title cut) and his own "Prayer for New Orleans."

His most recent release is "The Offering." again on HighNote. This record is reviewed here at all about jazz by John Barron. Show less 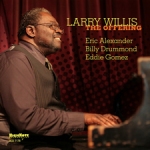 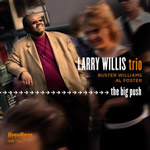 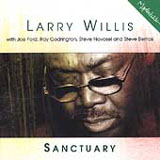 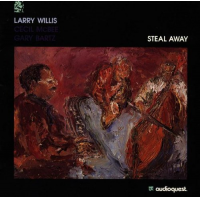 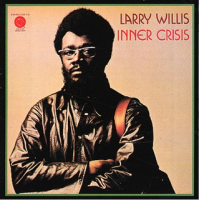 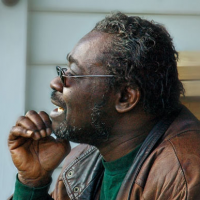 All About Jazz musician pages are maintained by musicians, publicists and trusted members like you. Interested? Tell us why you would like to improve the Larry Willis musician page.