Javier Edgardo Girotto plays soprano, baritone saxophone, flute, bass clarinet, quenas, sicus. He was born in Cordoba, Argentina and took an interest in music thanks to his grandfather A.L.Caroli, band director, first playing snare drum, then clarinet in E flat in the Infanto Juvenil de Cordoba and in the band of Villa del Rosario, then he changed to clarinet in B flat. For a musician to change from clarinet to saxophone is quite natural. Having chosen sax alto, in Buenos Aires, he looked for someone who could introduce him to jazz, but had no luck. Once again in Cordoba he created his first jazz- inspired groups, and dedicated himself also to commercial music known as “Quartetos”. At sixteen he studied the classics, enrolled in the Provincial De Cordoba Conservatory and as a saxophone class did not exist, he attended a clarinet and flute class obtaining an average level in both instruments.. Together with his studies at the conservatory he collaborated with various groups, among which the Vertiente, a mixture of fusion and argentinian folklore, the Jazz 440, “Jam”, Enzo Piccioni Quartet and the Juan Ciallella Quartet. At age 19 he won a scholarship at the Berklee College of Music and at last all the jazz doors opened. He stayed in the prestigious bostonian school for four years, graduating in Professional Music “Magnum Cum Laude”. These four years in the US are important, a period in which he deepened his composition, arrangment, sax and improvisation studies with teachers of the calabre of Joseph Viola, George Garzone, Hall Crook e Jerry Bergonzi. He then learned the “profession”, playing with Danilo Perez, George Garzone, Hall Crook, Bob Moses, Herb Pomeroy and many other musicians from whom he took a spark of their experience. The Italian adventure of Javier Girotto started at age 25, when he took care of his family affairs in Puglia. In a short time he decided to start his professional career in this country. In Italy he alternated his collaboration between commercial latin groups and jazz groups with which he started his restless composer and arranger activity. His first roman group was “Tercero Mundo” together with Horacio “El Negro” Hernandez in the tracks of latin jazz, a sextet with piano, bass, percussions, drums, trumpet and sax. Then soon followed the “Six Sax”, a saxophone quartet with bass and drums composed of Paolo Recchia and Daniele Tittarelli alto, Gianni Savelli tenor, Javier baritone, Marco Siniscalco bass and Pietro Iodice drums, with whom he recorded his first CD in 1995 special guest Bob Mintzer and Randy Brecker. 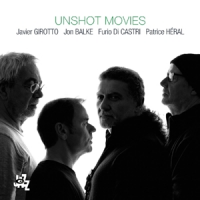 All About Jazz musician pages are maintained by musicians, publicists and trusted members like you. Interested? Tell us why you would like to improve the Javier Girotto musician page.