As a bass player, Gordon Johnson is a list-maker's dream. There are the world tours with names like Maynard Ferguson, Gene Bertoncini, Roy Buchanan, the Paul Winter Consort, CBS All Stars and Chuck Mangione. There are the recordings as sideman, over 150 at last count, from jazz (Jimmy Hamilton, Maynard Ferguson, etc.) to blues/R&B (Buchanan, Doug Maynard) to bluegrass (Becky Schlegel) to folk (Greg Brown, Arlo Guthrie). Network television appearances run the gamut from the Merv Griffin Show to Soul Train. But more important is the list of adjectives that undeniably apply to Johnson: fluid, inventive, smart, tasteful, complimentary and complete, to name just a few. With TRIOS Version 3.0, Gordon Johnson continues to compile a list of outstanding accomplishments as bandleader.

Born in 1952 in Minneapolis, Minnesota, Gordy Johnson was quickly immersed in the world of music. His father Clifford was in the bass section of the Minnesota Orchestra for 47 years and his mother Thelma taught piano. Gordy's main ax growing up was the flute, however, he also played bass, keyboards and guitar, sang rock and roll, you name it. A 1974 graduate of the prestigious Eastman School of Music at the University of Rochester (New York), Gordy was a Flute Major and member of the Eastman Wind Ensemble. Not that his now-primary instrument was in storage during those years. Gordy played bass in the Eastman Jazz Ensemble, Studio Orchestra and Arrangers Workshop Orchestra. His well- rounded training in a variety of instruments provides Gordy with the musical vocabulary and empathy that defines the great jazz bassists.

Following his time at Eastman, Johnson spent about a year breaking into the New York City music scene, often playing with pianist and college classmate Phil Markowitz. In 1975, Gordy hit the road for a three-year stint with the Maynard Ferguson Orchestra, much of that time playing alongside drumming great Peter Erskine. More world tours followed with top names like Roy Buchanan, the Paul Winter Consort and Chuck Mangione. Throughout this period, Gordy was also busy with studio recordings.

In 1989 Gordy moved back to the Twin Cities, where he has been one of the most in- demand bass players in town ever since. He has performed at top Twin Cities venues with scores of national artists, including Joanne Brackeen, Herb Ellis, Rosemary Clooney, Scott Hamilton, Michael Johnson, Jay McShann, Dewey Redman, Jim Rotondi, Diane Schuur, Marlena Shaw, Stacey Kent and Toots Thielemans. Gordy's services have been employed by most every notable Twin Cities-based jazz artist, both on stage and in the studio. Those credits include CDs by Connie Evingson, Bruce Henry, Pete Whitman's X- Tet, Shirley Witherspoon and many, many others. It's not all jazz either, as Gordy has recorded with artists from several genres in addition to countless jingles, film scores and the like. Playing an average of 250 gigs a year, Mr. Johnson keeps quite busy.

With his TRIOS series, Gordon Johnson has distinguished himself as a bandleader. The 1996 TRIOS release was followed by 2002's TRIOS V. 2, both of which featured a variety of stellar pianists and drummers and garnered critical acclaim. His new release, TRIOS Version 3.0 continues the series with incredible players such as drummers Steve Gadd and Joe Pulice and pianists Jon Weber and Matthew Fries. On the list of exceptional bass players, Gordon Johnson has earned his spot. 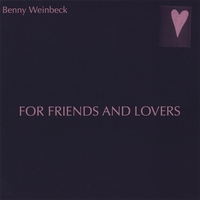 For Friends and Lovers 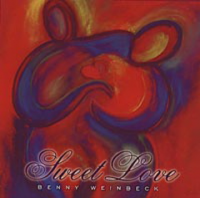 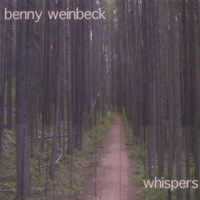 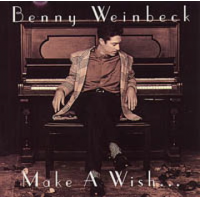 All About Jazz musician pages are maintained by musicians, publicists and trusted members like you. Interested? Tell us why you would like to improve the The Moutin Reunion Quartet musician page.