Back in 1999 Louis and Francois Moutin decided to form THE MOUTIN REUNION QUARTET in order to perform their original compositions. They had a common desire: to create music expressing the energy of life; full of emotion and spontaneity - a music close to them, to what they intimately feel, inhabited by Jazz' spirit, swing and grooves, inviting listeners and musicians to celebrate beauty and imagination.

They are sharing this desire with their two outstandingly skilled partners: the amazingly talented pianist Pierre de Bethmann and the immensely gifted saxophonist Rick Margitza. Not only Rick is a former partner of Mr. Miles Davis, but also both he and Pierre can pride themselves on their profoundly creative and extremely successful respective solo careers.

Since four years, the band is touring through both America and Europe, performing for more and more big and enthousiastic audiences.

In 2005 they released their third album (in September), on Lightyear/WEA.

Francois Moutin was born in Paris. His early interest in music was encouraged by his parents. At age 5, Francois began studying guitar, then piano by age 11. The acoustic bass became his most lasting passion as a teenager. Also studying mathematics and physics, Francois received a college degree in engineering and earned a doctorate in physics at the age of 24. Then he elected to become a professional musician.

Three years later, as a member of the legendarey Martial Solal’s Trio, Francois was recognized as one of the finest young bass players in Europe. At 29, he began co-leading the Quintet Moutin with his twin brother Louis, a top echelon Jazz drummer. This project has evolved into the Moutin Reunion Quartet.

Born in Paris on Chrismas Eve 1961, Louis Moutin developed an early passion for music, particularly Jazz, in which he becamed immersed thanks to the family’s record collection. When he was seven years old, Louis began teaching himself to play piano. At age 20, he chose to become a jazz drummer.

At 24, after completing training as an engineer at the prestigious Ecole Centrale and receiving a Masters Degree in Mathematics, Louis decided to abandon a career in technology and to pursue his musical interests. Within three years, he was a member of the very successful Machado Trio, and was already regarded as one of the best European Jazz drummers, performing frequently in the international Jazz Festival network.

At 29, Louis teamed with his twin brother Francois, a highly regarded upright bass player, to form their first group. This collaboration by the Moutin brothers drew praise from Jazz audiences and music professionals alike. The Moutin Reunion Quartet, born in 1998, is a natural outcome of this collaboration. 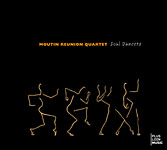 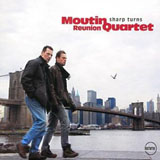 All About Jazz musician pages are maintained by musicians, publicists and trusted members like you. Interested? Tell us why you would like to improve the Henri Texier musician page.