There’s no description more apt for Sheryl Bailey than “A sizzling guitar goddess”, coined by Elliot Simon of All About Jazz. He’s not alone with his superlatives—Adam Levy of Guitar Player Magazine calls Sheryl “One of the most compelling tones of her generation”, and Frank Forte of Just Jazz Guitar ranks her “among the best bop guitar players with a fresh approach and something new.”

Sheryl’s playing is unquestionably “sizzling”. She has groomed incredible chops and impeccable taste with which she applies them. It’s said (by Lee Metcalf, The Villager) that she can “go from zero to blazing in two beats”, but she is continually praised for never sacrificing melody and lyricism for technique. “She balances superior technical skills with a strong lyrical sense and swinging touch…” continues Metcalf, and Joe Taylor of Soundstage says “Bailey combines an astonishing command of the fingerboard with a seemingly endless flow of melodic invention.”

As for the guitar, she’s hardly had it out of her hands since the age of 13. That was when her mother finally relented to Sheryl’s begging for a Harmony Strat from the J.C. Penney catalogue. Though Sheryl was a rock-star wannabe, the influence of her pianist mother got her obsessed with learning harmony, and her first teacher in Pittsburgh, John Maione, introduced her to the guitar tradition—Wes, Jimmy Raney, George Van Eps, Joe Pass and others. She eventually attended Berklee College of Music. Her years of dedication and focus won her 3rd place in the Thelonius Monk International Jazz Guitar competition in 1995, and she was chosen as a Jazz Ambassador for the U.S. State Department in 2000 for a South American tour. She is now said to be “One of the top players in an emerging generation of jazz guitarists” (John Heidt, Vintage Guitar). Her own trio, the Sheryl Bailey 3, is a modernized version of the organ trio—hard-swinging but with a unique harmonic edge. They are in demand in her home city of New York, and have also toured extensively in the U.S., Europe, South America, the UK and Australia. She also tours the world as a member of David Krakauer’s “Klezmer Madness” and she rocks alongside fellow guitar virtuoso Vic Juris, with the “Electric Ladyland Project.” A partial list of others with whom she has performed and recorded with includes Richard Bona, George Garzone, Lincoln Goines, Kim Plainfield, Bill O’Connell, Mike LeDonne, Irene Cara, Jack Wilkins, Howard Alden, Shingo Okudaira, Ingrid Jensen, Dwayne Burno, Tommy Campbell, and Ken Peplowski.

To date, Sheryl has 8 CDs out under her name, and a live DVD, “The Sheryl Bailey 3 Live in NYC” available from Mel Bay records. Each successive release has drawn more accolades. Of “Live at the Fat Cat”, Joe Taylor says, “...this disc proves again that Sheryl Bailey is one of the most gifted and exciting jazz guitarists on the scene”, and that she is a “jazz composer of the first order.” In 2010 MCG Jazz released “A New Promise”, her tribute to Emily Remler, produced by Grammy-award winner, Marty Ashby, featuring Sheryl as the solo artist with Three Rivers Jazz Orchestra. Phillip Booth commented, “She is one of the new greats of her chosen instrument.” Her 2014 release on the Cellar Live label, “A Meeting Of Minds” features her long-standing trio, The Sheryl Bailey 3. Jazz Inside Magazine calls the project, “the ultimate contemporary organ trio.”

It’s hard to imagine she also finds time to teach, but Sheryl is an Associate Professor at Berklee College of Music, and at the Collective in New York. In keeping with Sheryl’s philosophy of “giving back”, her 2011 quartet release, “For All Those Living” donates 20% of sales to the Ronald McDonald House of NYC. She has been an Artist in Residence and a Clinician at countless other programs and institutions, including NYU, Bates College, the Stanford Jazz Workshop, Towson University, the LA Music Academy and the GIT.

And don’t forget her impressive teaching resume: in 2009, Mel Bay published her book “Moveable Shapes: Concepts for Reharmonizing II-V-I’s”. She also contributed to Volume 4 of Mel Bay’s “Master Anthology of Jazz Guitar Solos” and she writes a column called “New York Scene” for the Mel Bay Guitar Session, and for Berklee College of Music’s “Open Position” webzine. She has also developed a complete curriculum in jazz improvisation for cyber study through Truefire’s Guitar Sherpa program, “The Bebop Dojo.”

So, Sheryl lives up to Elliot Simon’s description, in all facets of her work. At a recent duo performance in New York—Sheryl and Jack Wilkins—I sat next to Jimmy Wyble. After a couple of tunes, Jimmy leaned over and whispered, “She’s one of the top five”…as in, one of the top five guitarists in the country. And Vintage Guitar terms her “one of jazz guitars current front runners.” -Evelyn Palmer

Enter the "Sheryl Bailey - A Meeting of Minds" Giveaway!

"Bailey plays with power and drive."

"Always lush and lyrical - her sound displays a lovely sinewy edge that allows the listenere to glean every nook and cranny of her wonderful style." 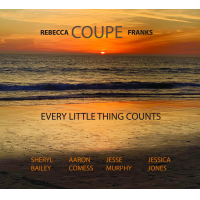 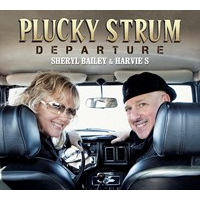 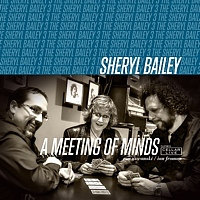 A Meeting Of Minds

For All Those Living 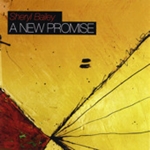 From: Every Little Thing Counts
By Sheryl Bailey

From: A Meeting Of Minds
By Sheryl Bailey 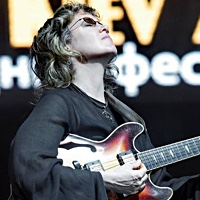 All About Jazz musician pages are maintained by musicians, publicists and trusted members like you. Interested? Tell us why you would like to improve the Sheryl Bailey musician page.