After attending the Berklee College of Music, she began an education of another kind — making a living as a musician. Her career has included anchoring the sax section in the Diva Big Band for 7 yrs, freelancing in New York doing EVERY imaginable kind of gig (available on request!), recording 6 CDs with the brilliant, quirky composer/pianist Joel Forrester and their band "People Like Us", as well as two CDs as leader on Koch Jazz, ("Swing Low" and "Movin' On" now re-released on DalyBread Records) and releases of her own including "Heaven Help Us All", "Rah! Rah! Rahsaan!" and "Mary Joyce Project: Nothing To Lose", also on Dalybread Records. Also "2 Sisters, Inc - Scaribari" with fellow baritonist Dave Sewelson and bassist Dave Hofstra. She has performed on numerous CDs, film scores, jingles, and of course in many festivals and venues.

She has performed with Aretha Franklin, James Brown, Joe Williams, Rosemary Clooney among many others, being an in-demand baritonist in every style of music. She is referred to as the Queen of TriBeCaStan and plays on their latest CD "New Deli".

In the fall of 2004, Claire's first CD as leader "Swing Low" was installed in the William Jefferson Clinton Library in Little Rock, Ark. as a CD significant to President Clinton while in office.

Her most recent CD "Mary Joyce Project, Nothing to Lose" is a gift of music to her second cousin who traveled 1,000 miles by dogsled (Juneau to Fairbanks) in 1935/6. It was premiered in Juneau in the "Jazz and Classics" Festival in May, 2011.

Baritone Saxophonist Claire Daly Salutes One Of Her Chief Musical...

Pittsfield CityJazz Festival kicks off with "jazz crawl" on Columbus...

Claire covers a variety of subjects, including "Mary Joyce, A Life Improvised"
"How to Develop a Sound on Saxophone"
"Rahsaan Roland Kirk - Introduction To An Artist"
"Section Playing for Woodwinds"
and many more 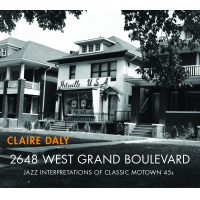 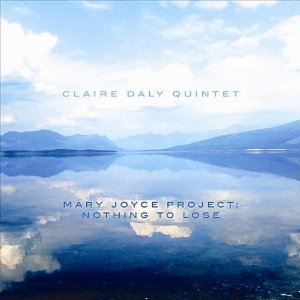 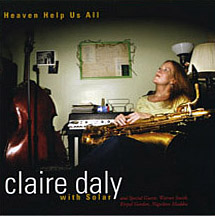 Heaven Help Us All

Heaven Help Us All 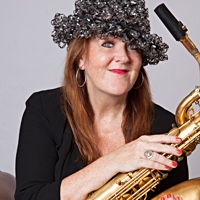 All About Jazz musician pages are maintained by musicians, publicists and trusted members like you. Interested? Tell us why you would like to improve the Claire Daly musician page.