Tenor man Charlie Ventura was was a prominent fixture on the jazz scene during his era. Born Charles Venturo he was one of thirteen children from a musical family who went on to become a jazz legend, and was named “Number One Tenor Saxophonist” by Down Beat Magazine in 1945.

In the summer of 1942, Charlie got a call at his day job at the Philadelphia Navy yard to join Gene Krupa's band. Unwilling to relinquish the security of a paycheck, he turned them down. Then came the second phone call and before long, Charlie was on the road with the band becoming a featured soloist, along with trumpet star, Roy Eldridge and singer Anita O'Day. Throughout the forties, fifties and sixties, Charlie Ventura and Gene Krupa made music history together as America's leading jazz greats.

Ventura was one of the first jazz musicians to make the transition from swing to be-bop. In 1946, he formed his own “Bop for the People” band, playing a commercially-oriented form of be-bop. Continuing to play with The Gene Krupa Trio, he cut “Dark Eyes,” which led to over a dozen released albums, including “Charlie Ventura With Special Guest Charlie Parker”(1949) “Bop For The People”(1949-53) and “Charlie Ventura And His Orchestra.”(1954-55)

Many fans will remember the succession of great jazz groups, fronted by Charlie, that appeared at The Open House nightclub he owned in Lindenwold, New Jersey. Playing Las Vegas with Jackie Gleason, and Atlantic City, New York and Philadelphia, Charlie Ventura was the consummate jazzman.

“Jazz is maturing and maturity carries responsibilities. I feel that I'm supposed to make people laugh, make them cry, make them day dream and give them some excitement,” Charlie explained. His lifetime of musical achievement ended in January, 1992, but his legacy to the world of jazz lives on. 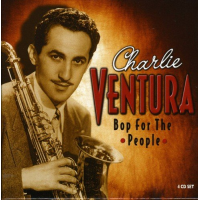 Bop For The People 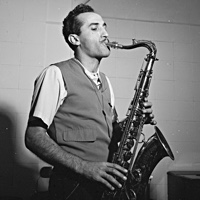 All About Jazz musician pages are maintained by musicians, publicists and trusted members like you. Interested? Tell us why you would like to improve the Charlie Ventura musician page.