Barry Miles was considered a child prodigy: he began playing drums when he was three, piano at five and joined the Musicians Union when he was nine. Miles played drums professionally from the age of ten, including sitting in with the Woody Herman Orchestra. At age 12, he recorded his first album as a leader on drums, leading a sextet that included pianist Duke Jordan. As a teenager, he studied classical piano and soon switched instruments. Originally a bop-oriented player, Miles leaned towards fusion by the late 1960s, often playing electric piano and synthesizer. He led Barry Miles & Silverlight for several years (his sidemen at various times included Woody Shaw, John Abercrombie and Al DiMeola), worked as Roberta Flack's musical director in the early '80s to the mid-'90s, and became a studio musician in New York. Miles has led albums for the Charlie Parker label (1961), Venture (1966), Poppy (1969-70), Mainstream (1971-72), London (1974-1975), Gryphon (1977), and others. 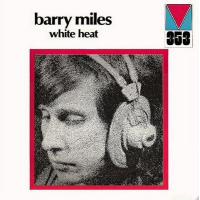 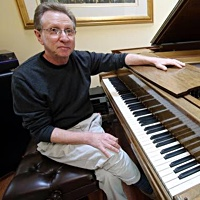 All About Jazz musician pages are maintained by musicians, publicists and trusted members like you. Interested? Tell us why you would like to improve the Barry Miles musician page.