Music from Norway: Just How Important Is It, Really? 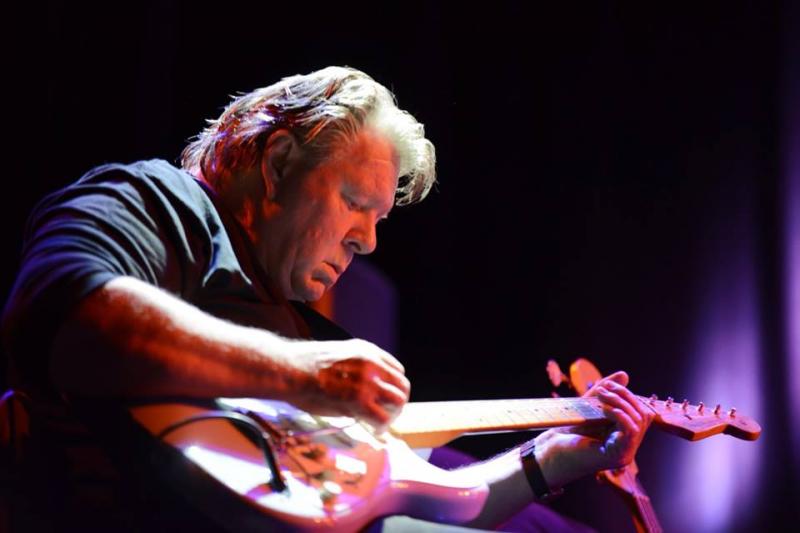 By JOHN KELMAN
November 10, 2013
Sign in to view read count
[Note: This article was first published by Music Norway]

When asked, by the newly minted Music Norway, which brought two separate organizations together at the beginning of 2013—Music Export Norway (responsible for exporting the country's music to the world) and Music Information Center (responsible, for many things, including acting as an archive/information source)—to write a piece about the Norwegian music scene from an outsider's perspective, it seemed, at first, to be a truly daunting challenge...and no small honour. The music scene in Norway is so rich, so diverse, so huge that trying to answer some of the obvious questions and capture what the essence of this music is, seemed an almost impossible task in the space of but a few thousand words. But after spending the last eight years traveling the country, from Kristiansand to Svalbard, from Molde to Oslo, from Bergen to Kongsberg and from Trondheim to Stavanger, I've been fortunate enough (with the kind support of the Ministry of Foreign Affairs and Music Norway and more people than I can list here) to have been afforded a rare opportunity to gain exposure to a scene few (if any) from my neck of the woods have.

Why and how has the Norwegian scene managed to build such a reputation, not just on its own turf but around the world? There are a number of answers to that question, but first and foremost is a commitment to the arts that began more than 40 years ago and which has, unlike so many other countries, remained a priority ever since. When Sverre Lunde, from the Ministry of Foreign Affairs, spoke at the 2013 Punkt Festival in Kristiansand—announcing that, after nine years, the Ministry would be providing some well-deserved (and much needed) financial support to the festival, and that Punkt was now considered amongst the country's elite events—what was, perhaps, an even more compelling statement was that the country's goal has been to devote a full one percent of its budget to culture. That means that last year, in 2012, ten billion Norwegian Kroners—nearly 1.7 billion US dollars—was devoted to the arts. As a Canadian in a bilingual country, there's a French word to describe this: incroyable!

But while many people at home and abroad say, when it comes to the way Norway supports culture, "Well, they have oil money," the sad but true obvious response is: "Yes, but were Canada to come into the same per capita money, they would absolutely not spend it the way the Norwegians have."

But seriously: ten billion Norwegian Kroners per year? A lofty achievement and one that permits a country of approximately five million to make music an actual profession, placing culture up there with health care and education, right where it belongs. Culture, after all, may not be measured in empirical terms, but its impact on quality of life is undeniable. But it's not just a federal objective in Norway. When, in 2000, the town of Kristiansand decided to begin selling off its excess electricity, invest the money and donate the interest income (approximately eight million Norwegian Kroners or 1.4 million US dollars annually) to the arts, it was that very initiative—Cultiva, whose mission is to secure jobs and good quality of life through grants to projects within art, culture, knowledge institution, and innovation—that provided startup funding for the Punkt Live Remix Festival for its first three years, helping it get off the ground until it was capable of becoming self-sustaining.

Punkt, about to reach its tenth anniversary in 2014, is a particularly good example of what's right about the Norwegian approach to culture; a very Norwegian idea that has, in its near-decade of existence, gone completely global. Not just a festival, but a concept, one that is about taking music of any genre and, immediately after its performance, remixing it live and engaging additional live musicians, Punkt has become a moveable feast, invited to festivals around the world (in locations including the UK, Turkey, Germany, France, Estonia, and with more being added each year), where it not only brings Norwegian artists to help further the cause of Norwegian cultural export; it also collaborates with musicians from whatever country/city it's in, building an ever-expanding international network of musicians, media, presenters and fans who may not have known each other before, but who now continue to collaborate on various levels. To put some context into it, some of the artists who have been involved in Punkt collaborations include ex-Led Zeppelin bassist/keyboardist John Paul Jones, American Fourth World Music progenitor, trumpeter Jon Hassell, British avant-songsmith David Sylvian, Germany's Ensemble Modern and J. Peter Schwalm, Finland's Vladislav Delay and Estonia's Weekend Guitar Trio.

Commitment to the arts doesn't emerge from a vacuum. A decision has to be made that it is important and that, while it may not be something measurable on the bottom line of a spreadsheet, it enriches everyone's lives, and its impact can be seen, heard and, most importantly, felt across the country, whether in a city the size of Oslo (approx 500,000), Molde (24,000) or Kristiansand (75,000). 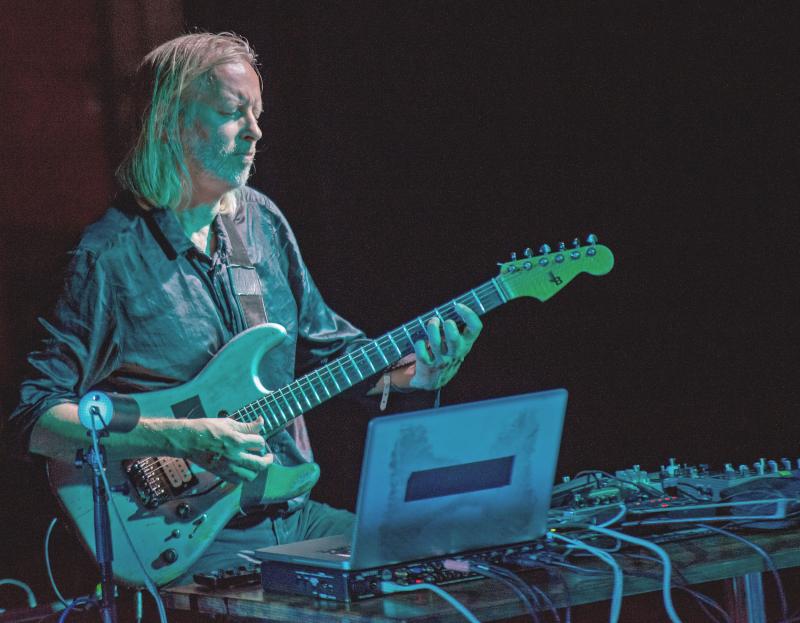 Another response to the assertion that the Norwegians have money is this: it's not just the bigger cities like Oslo that get cutting edge arts venues like the world-famous Oslo Operahuset; Kristiansand opened the contemporary culture centre Kilden in 2012, to house not just the city's opera and symphony—a city of 75,000 with an opera and a symphony?!?!!—but to provide a number of high-tech performance spaces that range from a couple of hundred to 1,250. In North America, a town the size of Kristiansand is lucky to have a cinema or two; Kristiansand, in addition to Kilden (which replaced the older two-room, 550-seat Agder Theatre), has an art gallery (the Kristiansand Kunsthall) and a music conservatory. Even a town the size of Molde now has Plassen, also opened in 2012, which acts as the town's public library but also, more importantly, a cultural focal point with two state-of-the-art performance spaces. The kinds of tours that take place in Norway, hitting so many of the small towns that are peppered across the country, would almost never hit similarly sized locales in North America—and we're talking music across a wide spectrum being brought to small-town Norway. Clearly, the country has not only used what some might consider an embarrassment of riches to bring infrastructure, education and health care to the many small towns that are scattered around the country and across which its relatively small population c is spread; it ensures that culture remains an important part of the social fabric.

And forty years later, the impact is palpable. While there's no doubt, walking around Kristiansand on a Saturday night, that popular culture from North America has found its way to these Northern European shores—you're just as apt to hear the latest Miley Cyrus tune as you are Susanne Sundfør's most recent release—there is a difference: unlike North America, the pop machine doesn't dominate; it's a more balanced part of the overall music scene. And, perhaps more importantly—though this is not strictly a Norwegian mindset, but a European one—interest in the arts is inclusionary rather than exclusionary. It's absolutely possible—allowable, more importantly, especially for youngsters—to not only like Miley Cyrus, say but also an Estonian choir. Sadly, in North America, the overall culture is one of exclusion: one can like this or that, but not this and that.

A quick anecdote, from my first visit to Molde in 2009, might help to put things in even further perspective. Seated in one of its older, pre-Plassen venues, waiting to see pianist Christian Wallumrød perform with his ensemble as part of trumpeter Arve Henriksen's Artist in Residence series that year, I noticed a young man beside me, who couldn't have been older than 20. We began speaking and, when he told me that he was collecting all of Rune Grammofon's releases, it was a powerful statement. A label that, like so many Norwegian imprints, has been about art without compromise since inception, starting with noise improv groups like Supersilent in its early days and running the gamut now, from progressive/fusion bands like Grand General and singers like Susanna Wallumrød and Jenny Hval, to lyrical piano trios like the Espen Eriksen Trio and electrifying, electrified balls-to-the-wall bands like Elephant9 and Fire!, there's a lot seriously challenging music across the label's 100+ releases, and certainly not music that a typical North American 20 year-old would know about, let alone be collecting as a completist.

It's that very open-mindedness at a young age that is so rare in North America. But why is that? How is that?

The answer is both simple and complex. The simple answer: a commitment to music education from an early age. A more complex answer: beyond education, parental exposure of their young children—surely at their most malleable, despite certainty of the exact opposite by too many North American parents—to bands like Supersilent., In the Country and Splashgirl, classical composers like Rolf Wallin, Frode Haltli and Maja Ratkje, or more decidedly jazz-centric artists like trumpeter Nils Petter Molvær and Terje Rypdal; the money to create an infrastructure which allows artists to make records and tour the country, even to some of the smallest towns; and an overall decision that culture is not a dirty word. When it's possible to visit Svalbard during the first week of February for a jazz festival that brings everyone from Solveig Slettahjell and Stian Carstensen to Beady Bell and Halvdan Sivertsen—not to mention a commissioned work, Arctic Moods, being premiered for the first time—you know you're not in Kansas anymore! 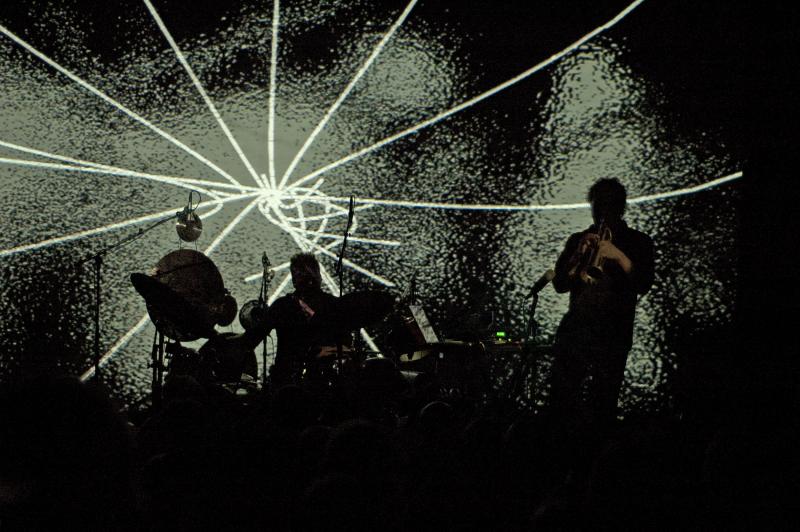 From an educational perspective, one of the key ingredients that is often missing in music education but seems endemic to the Norwegian approach—one need look no further than the heralded Trondheim Conservatory, which has turned out so many notable musicians, ranging from Arve Henriksen and Håkon Kornstad to younger musicians like Moskus pianist Anja Lauvdal, saxophonist Hanna Paulsberg and PELbO tubaist Kristoffer Lo—is the concept of creativity and finding your voice. When asked about his education at Trondheim, Kornstad once said, perhaps a little flippantly, that he was given a key to rehearsal room and told, "That's your curriculum." An exaggeration, perhaps, but indicative of an emphasis on the creative spark being as important—more so, even—than the acquisition of chops and technical knowledge. Of course, one has to learn the theory, the scales, the harmony, the rhythm. But if that's all one learns, then once you've graduated, what comes next? In Norway, in particular at Trondheim, musicians seem to emerge fully formed and, while they may still have growth ahead of them, they've already got an idea of their overall direction.