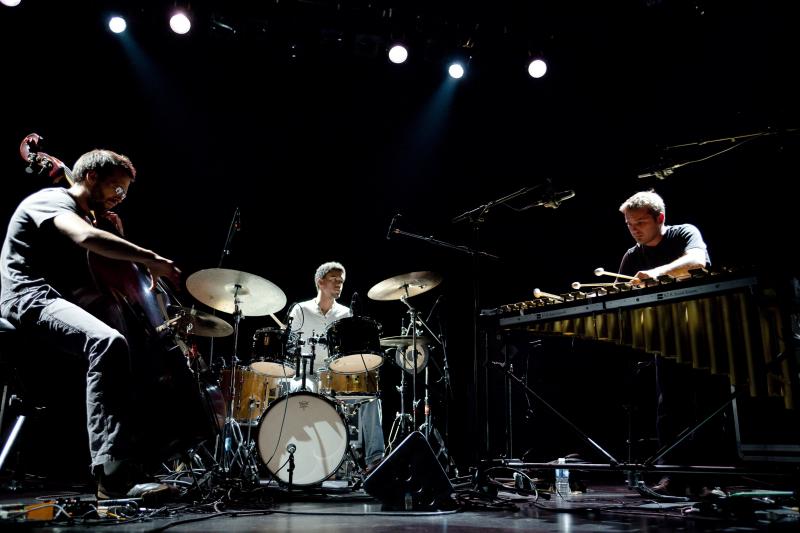 Winter in most Scandinavian countries can be a grueling protracted experience, with snow lingering on the streets into May. The conditions in Helsinki's concrete suburb of Kannelmäki in mid-March are witness to the first stage of its retreat, the huge mounds piled along the roadside being no longer pristine and aerodynamic but dirty, grit-spattered and angular. Yet the benefit of the city's stoutly devolved artistic outreach program is that venturing to distant corners of town yields rewards with music of as high quality as any capital concert house could offer.

The venue of Kanneltalo is, itself, a tribute to the city's commitment to culture, housing a youth club, the local library and the recently renovated 250-seat concert hall set on one side of a small piazza opposite the local station. The audience included many dedicated city jazz fans, as well a sprinkling of followers of Helsinki pianist Aki Rissanen. Beside his own trio Rissanen has worked with many major modern Finnish names, such as Werneri Pohjola and Kerkko Koskinen. This evening ,though, the opening set of modern neo-romantic pieces was comprised exclusively of works from his solo release La Lumière Noire (Ilma Records, 2008).

As the name might imply to an informed audience, MeTaL-o-PHoNe is a vibraphone trio, based in Paris, and which in its few years of existence has played so far only on European stages. Working as a collective, the band has evolved a repertoire drawing on a range of styles from Steve Reich to Sahasadecha, a multi-armed and -headed Indonesian god recreated by Benjamin Flament's flailing mallets and tray of electronics. Processing gives this sometimes constricted instrument a breadth of sonority which was matched in its dramatic confrontation with Joachim Florent's prodigious and accomplished bass, from the punk-jazz trio Jean Louis. Here though the leaning was clearly towards a rock-derived idiom with more emphasis on repeated, Gamelan-style rhythms overlaid with solo lines of outright energy.

With both players bowing, thumping and all but eviscerating their instruments at the front, drummer Elie Duris takes a less dominant but equally variegated role behind his skins, comping with intricate rhythms but without pushing the beat. The set at this concert featured music from their first, eponymous album released in 2009 on Coax, and finished with the hypnotic "Steve Reich in Babylone." Their music offers a surprisingly wide range of texture and is played with both a feeling for atmosphere and with virtuosity. The appearance of Rissanen for a final joint improvisation produced an element of intricate delicacy which was less prominent in their own pieces.