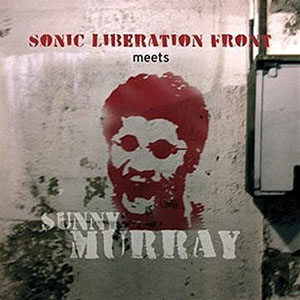 Sonic Liberation Front—the inheritors of both Sun Ra and the Art Ensemble Of Chicago's traditions—teams up with jazz legend, drummer Sunny Murray, to create both a studio and live recording. The music continues SLF's dedicated effort to mine the percussive traditions of Afro-Cuban, Yoruba/West Africa, and American-fostered free jazz.

The percussion-heavy band's previous release, Change Over Time (High Two, 2006), included some electronic flavors. Here, the sound is all acoustic, with free jazz drummer Murray providing the inspiration for the album's eight tracks. Best-known for his time in both Cecil Taylor and Albert Ayler's band, Murray adds his distinctive playing to a setup that's already tailor-made for him.

With saxophonists Terry Lawson and Adam Jenkins, and cornetist Todd Margasak playing the studio date (trumpeter Kimbal Brown replaces him on the live session), the music proceeds with wandering notes, as if the purpose here is the pulse and consciousness-raising properties of the vibrations emitted. The band features various bata drums (the itotele and iya), congas, and other percussive tools, extending the free expression of the horns.

Perhaps we could call them a West African/Cuban/AACM jam band that's the child of Albert Ayler and Sun Ra.

Init; Knowledge Of The Sun; Meaningless Kisses; Cosa de Grupo; Ochun Libre; Some Other Times; Nomingo; Under The Wave Of Kanagawa.