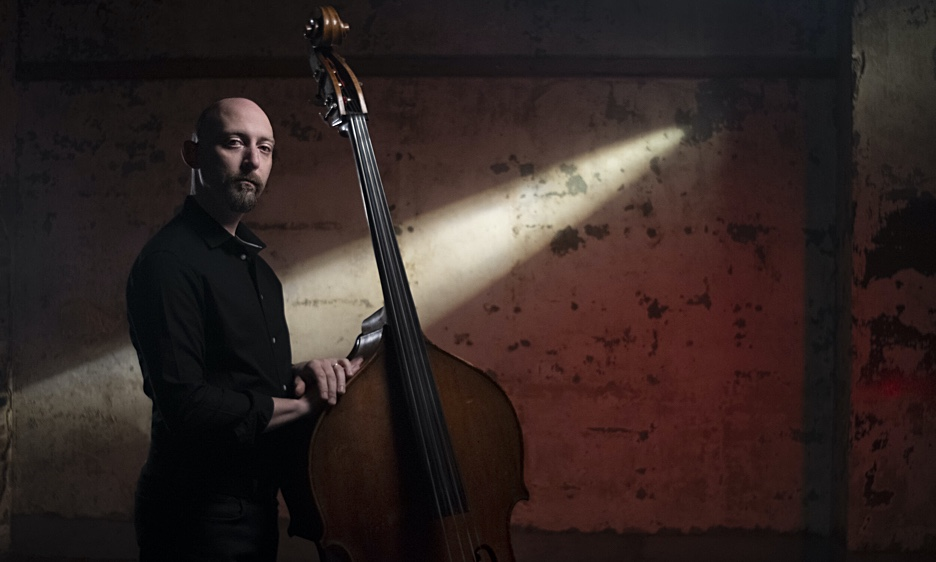 By Jeff Reed
September 1, 2020
Sign in to view read count

Jeff Reed is an acoustic bassist, electric bassist, composer, and educator residing in Baltimore, MD. One of the most in-demand sidemen in the area, Jeff has performed extensively throughout the United States and throughout the world. As a sideman, Reed frequently works with bass vibraphonist Warren Wolf, trumpeter Sean Jones, and bass clarinetist Todd Marcus. Jeff has also performed with a slew of musicians over the years, including Gary Thomas, Miguel Zenon, David Sanchez, David Kikoski, Dave Liebman, Tom Scott, Jeff Coffin, Bennie Maupin, Kirk Whalum, Take 6, and Tom Morello to name a few. Reed has also appeared on over fifty full-length albums. Reed leads his group and released his first record Look for the Light on Stricker Street Records in 2020. Jeff holds a Bachelor of Music from Towson University and a Master of Music from the University of Maryland, College Park.

The acoustic and electric bass

I don't remember a time that I didn't want to be a musician. From a very young age, I always knew it was where my life was headed. I tried many different instruments along the way, including piano, trombone, trumpet, guitar, and tuba. When I found the electric bass in high school, it was something that I was more attracted to than other instruments. And then finally finding the acoustic bass in college. At that moment, it was unquestionable; it was what I wanted to do with the rest of my life.

Whenever I am creating music or making any sound for that matter, it is imperative that I get the sound in my head out and onto an instrument. I admit that I have driven my friend's crazy by asking their help in analyzing the differences between string sounds, string height, amps, bases, techniques, you name it. It has been a lifelong struggle to get to the correct tone that I am hearing. To me, once you have your sound established, you are then free to truly create the music that you heard in your head, which, of course, is a whole other issue. At that point, my approach to music is simple. Express what I'm feeling in the moment as long as it doesn't affect other people's ability to express what they are feeling. You have to work as a team, and you can't step on each other's toes. It's imperative that the unit functions as one, and you can feel that when it happens.

Teaching is about bringing out the genius in your student. It is in no way about getting your student to play like you. I don't want my students to sound like me. I want them to grow, evolve, and find their place in this world. My approach to being a professional has nothing to do with how they will approach being a professional. And likewise, how they approach chord changes or time, has nothing to do with how I will do it. My job is to make sure they find the genius that is already residing within them.

I consider myself lucky. I have worked with a lot of great musicians in my life. But many of the musicians that I work with regularly are my favorite musicians to work with. For example, my first record, Look For the Light, has one version of my dream band. I love all of those musicians, and I also love them as people. They are true friends, and I enjoy spending time with them as well as playing music with them. To me, that's just as important.

One of my favorite memories as a professional musician was somewhere in the late 2000s. I can't remember the year, but I worked with saxophonist Al Maniscalco at a Baltimore venue, Maryland, called An die Musik Live. We were working with pianist Larry Willis and Drummer Eric Kennedy. A fantastic gig, and a wonderful memory on its own. But during the second set in the first song, the power in the venue went out. I had my eyes closed, so I didn't see it when it happened. But when I open my eyes to see that the power had gone out and the whole band had simply continued to play, it was just a really beautiful moment. We continued unaffected and played the rest of the set. The audience sat in the dark and listened to us play. An amazing moment, it showed how deeply we were all in the music. No one for a brief second even considered stopping.

I love Baltimore. I was born and raised here. So, the venues here are very close to my heart. Though, my favorite of all time is a small venue in Fells point called Bertha's Bar and Restaurant. I played there for almost 20 years straight. It was a wonderful experience, and I pretty much learned how to play music in that room. The staff, owners, and clientele are lovely and family to me.

Currently, my favorite record that I am on is actually my own record, Look For the Light. It's the most recent, and something that I have enjoyed in every way. I also love going back and listening to old records that I'm on. It stretches back to the year 1999. It's too hard to list a favorite because I find different facets of the records I enjoy as I get older. They all have something in them that I love. It's all a snapshot of a moment in my life, and I'm very grateful that I have so many of them.

Grant Green, Green Street. I got that album when I was in middle school. I absolutely loved it, it shaped how I heard jazz, and I still love it today.

I don't know. I don't even think I can answer this question because I'm not the one who really can see this. My contribution comes from my instincts. If I feel like the music needs to do something, I do it. If I get an opportunity to work with someone, I take it. Then people can respond to what I do. And honestly, their response shows how "important" my contribution was.

That I am utterly obsessed with Twin Peaks, it's my favorite TV show of all time. I think it's probably the most important TV show that was ever made. David Lynch is an absolute genius, and I could talk for hours about why I think so.

How would you describe the state of jazz today? In the middle of 2020, this is a very complicated question. The state of jazz today is unknown. This music has been created and developed over approximately 100 years now. Now we have hit an extraordinary transitional period. This moment will be a point that we will look back on and say that 2020 was when XYZ happened. Who knows where this is going. But one fascinating thing is right now; almost every show is being documented with video and audio footage. The live streaming events that are happening due to the national pandemic are all currently being recorded. Who knows in 30 or 40 years what things will look like. But fortunately, as long as people keep playing jazz it will stay alive.

What are some of the essential requirements to keep jazz alive and growing? It needs to be played, and the judgment needs to lighten up. Everyone is pretty opinionated right now about what jazz is and what isn't jazz. Music doesn't grow when it's judged so harshly against a standard. If you don't think jazz needs to grow, keep playing it the way it's been played for decades. If you believe it needs to grow, play it the way you think it should be played. The music will figure out what it's going to be for itself.

I don't know. Once again, in the middle of 2020, nobody knows where anything is going. All the work has dried up, and we have no idea when this will end. I'm excited to see it when it does, but I don't know anything until then.

I have finally worked through that issue. It took me many years to not be afraid to play music. But now, when I stand on the stage, I finally feel ready to accept every challenge that comes to me, and I'm also prepared to make any mistake that I'm going to make. And I do make mistakes. But I also have grown to accept that. So fear isn't something I battle anymore when I'm on stage.

That's quite a question. If I had to choose a song I wrote, it would be my composition "Look for The Light." I think it is a powerful message, and I think it would be appropriate as my final statement to the world. If it were a song that someone else wrote, it would have to be John Coltrane's "Dear Lord." I think that's one of the most beautiful things I've ever heard, and it seems appropriate as a final prayer.

If I weren't a jazz musician, I would've worked with computers in some fashion.

It's tempting to say the name of a musician that I love or a great person from history, but I think if I could honestly sit down with anyone, it would be my ancestors. The people in my family that I never got a chance to meet, any of them. I have grown more interested in my family history as I've gotten older, and I would love to meet the people that I've heard so much about. I would love to meet my grandparent's parents and beyond.