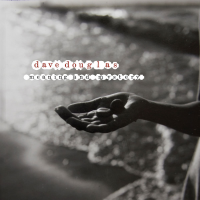 Poll-winning trumpeter and composer Dave Douglas has led numerous diverse ensembles over the past decade. The quintet featured here is one of his more traditional lineups, at least compared to others which have employed fairly exotic instrumentation. This is Douglas' 24th release as a leader, and his fourth with this six year-old quintet. While it covers familiar territory, there are signs that the group is edging forward stylistically.

Other than the debut of new tenor saxophonist Donny McCaslin, the core lineup remains unchanged since the quintet's formation in 2000. McCaslin proves his mettle as the replacement for Chris Potter, exhibiting lyrical mastery and methodical linearity, albeit without Potter's unbridled intensity. Douglas sounds as assured as ever, his singular tone instantly recognizable, his phrasing endlessly inventive.

Drummer Clarence Penn and bassist James Genus lock horns with Fender Rhodes virtuoso Uri Caine for another bout of Douglas' multifaceted compositions. Penn and Genus are an intuitive pair of veterans with impeccable practiced repartee. Caine is a monster on the Fender Rhodes, summoning sounds from it that are unassociated with the Me Decade. But for every spry lick Caine squelches forth from this hallowed instrument, there are just as many shimmery chords left dangling in mid-air, conjuring Miles Davis' endless battery of keyboardists, from Corea and Hancock to Jarrett and Zawinul.

The leader's compositions generally break free of Milesian clichés, enlivening this set with much-needed vitality. But on the languorous rubato grooves of "Culture Wars" and "Invocation," the quintet summons the ghost of Davis a bit too readily. They snap into action on the kinetic hard bop of "The Sheik of Things to Come" demonstrating lightning-fast interplay. Pieces like the fractured collage "Tim Bits" (dedicated to Tim Berne) and the light-hearted, swinging "Elk's Club" reveal the quintet's ample chops and superior listening skills.

Even when tackling blues structures, such as the reflective "Blues to Steve Lacy" and the boisterous "The Team," the quintet shows how far it can stretch traditional structures unrelated to the underlying Milesian vibe. Eschewing academic cut and paste, Douglas weaves divergent genres together with simultaneous humor and gravity, generating an amalgam that's distinctly his own.

Despite the quintet's newfound freedom within these open structures and its embrace of different genres, this album still easily fits in stylistically with the group's previous discography. Although not as conceptually cutting edge as Douglas' recent offerings, Mountain Passages and Keystone, the subtle inroads made on Meaning and Mystery advance the quintet's conception considerably, making this a fine addition to his oeuvre.