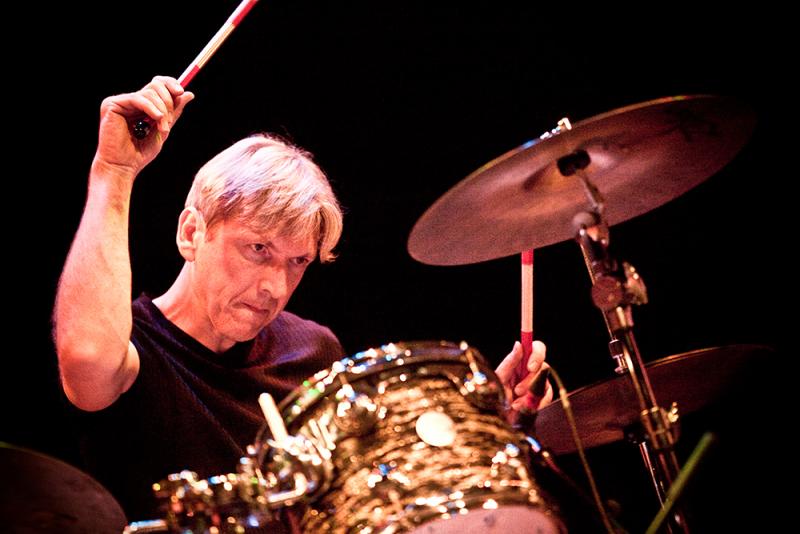 That Magnus Öström's quartet made it to Navan at all was good going given that the band's previous gig had been on a Scottish island boasting no fewer than eight whisky distilleries. The Scottish—as the quartet discovered—take their whisky and their hospitality seriously. That gig was part of the three-day Lagavulin Islay Jazz Festival, one of a growing number of jazz festivals popping up throughout the British Isles. From Islay, Öström hopped over the Irish Sea for two lower key gigs in Navan and Carrick-on-Shannon. For these towns it surely represented something of a coup to entice the Swedish drumming legend away from potentially higher profile gigs in Dublin or Cork.

Öström was promoting Searching for Jupiter (ACT Records, 2013), his second recording as leader since the sad demise of e.s.t. following the accidental death of pianist Esbjorn Svensson in 2008. Öström, Svensson and bassist Dan Berglund had reinvented the piano trio in a fifteen year career that took the jazz world by storm and it was hardly surprising given the intensity and the duration of that trio's musical relationship that some of e.s.t's DNA occasionally colored the drummer's compositions.

In the main, however, the music displayed Öström's personal seal, with guitarist Andreas Hourdakis and Thobias Gabrielsen on electric bass/bass synthesizer and pianist/keyboard player Daniel Karlsson bringing an art rock aesthetic to the equation. In sparse, delicate compositions like the show opener "The Moon (And the Air it Moves)," the emphasis on melodic contour and shifting sound dynamics over virtuosity evoked Serbian alt rock band EYOT much more than e.s.t. On the bouncing rocker "Dancing at the Dutchtreat," built upon Gabrilesen's clawing riff, a jaunty piano motif and Öström's effervescence, Hourdakis stretched out, though his biting, sinewy solo was unwaveringly melodic. 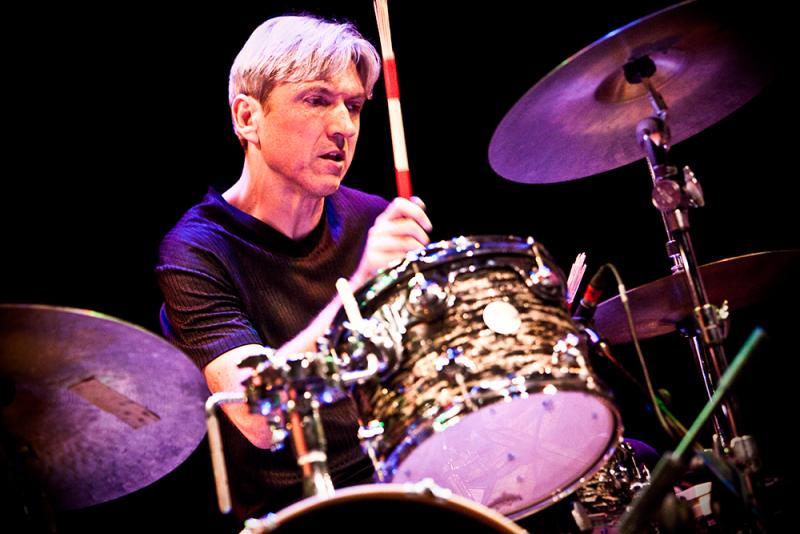 The second set began with "Through the Sun"; a poppish melodicism soon gave way to an improvised section with bass at the center. From the quieter mid-section, Hourdakis' fluid solo inspired a growing group momentum and eventual return to the sunny opening melody. Understated church organ introduced the aching lyricism of "Weight of Death" from Öström's critically acclaimed debut Thread of Life. The leader's dynamism on brushes signaled a highly charged quartet segment that bristled with collective energy and formed a bridge between the previous song and "Happy on the Fall," a jaunty number that Karlsson steered from honky tonk blues to a more contemporary space.

On "Song for E," Öström's heartfelt tribute to Svensson, Hourdakis reprised the role that guitarist Pat Metheny played on Thread of Life. Svensson's spirit was also present in the closing number, "At the End of Eternity," an anthemic charger that featured a thrilling solo from the leader. It also served as a reminder of how much a part of the e.s.t. sound Öström always was.

Earlier, Öström had explained the genesis of "Happy on the Fall": "It's a little bit about my son when he was two years old or something; he keeps running around and falling but he's very good at getting up again and running again. I've learned a lot from him, actually." The sense of loss at Svensson's death will always remain, but Öström, leading a strong band, has clearly picked himself up and channeled a deep source of creative energy that has plenty of legs to run yet.