Lua Hadar with TWIST at the Cornelia Street Café, NYC 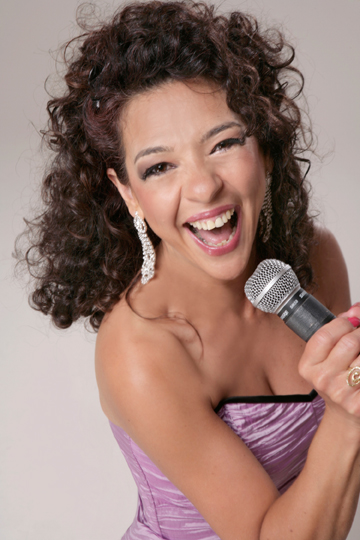 Say chanteuse and what comes to mind? A smoky Parisian cellar? A rain-slicked side street in Montmartre? Edith Piaf poised before a thick microphone, spilling her ever-rallying soul for romance and La Resistance?

Well, if you were fortunate enough to catch Lua Hadar with TWIST at the Cornelia Street Café Cabaret on the night of April 24th, you'd have sworn you were in Gay Paree. Hadar sashayed into NYC from San Francisco with French Connection, one of her "jazz without borders" multi-lingual, multi-swingual cabaret acts. And not only could she pull off the French with due charm, but her voice offered the full roundness and savor of a vintage Bordeaux, flowing like the velvet Seine at night, at turns swift or silken, and always suggestive of further sensual depths.

Martineau's playing was top-shelf, as bold and inventive as his arranging. He also assembled a high-octane group of NYC session players to round out TWIST's tang and punch. Ron Oswanski's jazz accordion proved the perfect accompaniment and touch for the evening's mood and melodies. Dave Riekenberg's varied reeds took it up yet another notch, his soprano sax solo soaring on "No Borders." And bassist Tom Hubbard and drummer Vince Cherico finessed the frequent tempo shifts while adding sweet solos of their own. As an ensemble, TWIST truly found its rhythm in Martineau's own composition, "Floating Where I Have Never Been," and an intriguing number that wedded the melodic structures of Bronislaw Kaper's "Hi Lilli Hi Lo" and "Les Chemins de L'amour" by Francis Poulenc. 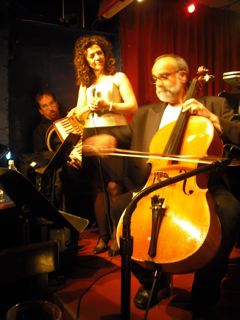 Yet the tiny stage blossomed forth each time Hadar took to the mic. Even her intros to songs were endearing, and she displayed her theatrical range and comic timing in David Frishberg's hilarious "Another Song about Paris," which offered particular reprieve to those audience members without a sou of French to their name. Of course there's no way to do a French show without paying homage to Mlle. Piaf, which by necessity can be a double-edged sword. Ms. Hadar, however, more than filled the tall order, swinging Piaf's signature "La Vie En Rose" into an upbeat cha-cha, and truly making it her own. TWIST's driving backbeat equally held sway, with Oswanski tiptoeing down the jazz accordion beside Hadar's throaty mezzo.

Another highlight of the evening was a guest performance by cellist Emile Miland, sitting in for a poignant duet with Hadar on "Someday My Prince Will Come (Un Jour Mon Prince Vendra)." Between the slow quiver of his bow and her voice, we were transported to a place beyond language, beyond words—pure yearning, perhaps. The late show then ended with a medley of Michel Legrand's "I Will Wait for You" and the 1938 standard J'Attendrai. Members of the audience felt the same sentiment. We can hardly wait for Lua Hadar with TWIST's return to Cornelia Street next October. She quickly made expats of us all.

Marc Nieson is a writer and jazz lover living in PIttsburgh