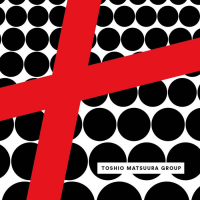 Loveplaydance is the latest chapter in a collaboration which started over 25 years ago between Tokyo DJ Toshio Matsuura and London DJ Gilles Peterson. At the time, Matsuura was a member of the mutant jazz and funk collective United Future Organization (U.F.O), and Peterson was running the post-acid jazz Talkin' Loud label, whose name was derived from his influential 1980s club sessions Talkin' Loud And Sayin' Somethin.' Though in different planetary systems far, far away in a far, far less well-connected world, Peterson and Matsuura were in the same galaxy and got acquainted. Talkin' Loud released the first of five U.F.O. albums, United Future Organization, in 1993.

Warp forward to 2018 and Peterson's Brownswood Recordings is releasing Loveplaydance, Matsuura's first album since Hex (Blue Note, 2013). Recorded in London, where it was produced by Matsuura and exec produced by Peterson, seven out of the eight tracks are covers of records of special significance to Matsuura, though to call such adventurous, genretically modified reimaginings "covers" is to risk belittling them. The eighth track is the original "L.M. II." Most of the seven original versions were 1990s or post-millennial releases, but midway through the album are two gleaming starships from the 1970s—psychedelic-soul band Rotary Connection's "I Am The Black Gold Of The Sun," from the 1971 Cadet-Concept album Hey Love, and Byron Morris & Unity's "Kitty Bey," from the 1974 E.P.I. album Blow Thru' Your Mind. (Unity's bassist, Milton Suggs, by the by, played the killer ostinato on the title track of Shamek Farrah's spiritual-jazz masterpiece "First Impressions" from the eponymous 1974 Strata-East album, recently reissued on vinyl by Pure Pleasure). The album's latter-day composers include Bugge Wesseltoft, Roni Size and Flying Lotus. The music is mostly instrumental, but Cuban vocalist Dayme Arocena fronts "Black Gold Of The Sun" and Robert Gallagher (aka acid-jazz vocalist Roberto Galliano) fronts Flying Lotus's "Do The Astral Plane" (as Galliano he also guested on U.F.O.'s 1993 album). Vocal or instrumental, kicking back or kicking out, it is all nutritious fodder for body and brain.

The band assembled for the sessions comprises some of London's finest young jazz and jazz-orbiting musicians, drawn from among the 35 players featured on the previously reviewed 2018 Brownswood album We Out Here, a morale-boosting snapshot of the city's new generation of jazz talent. The musical director for that album was saxophonist and clarinetist Shabaka Hutchings. The musical director of Loveplaydance is the drummer Tom Skinner, who is a member of Hutchings's band Sons Of Kemet, whose previously reviewed album, Your Queen Is A Reptile, was released on Impulse! in early March 2018. The We Out Here alumni are keyboardist Danalogue, tenor saxophonist Nubya Garcia, guitarist Mansur Brown and percussionist Crispin 'Spry' Robinson. Two outstanding additions to their ranks are bassist Tom Herbert (of Polar Bear and Acoustic Ladyland repute) and trumpeter Yazz Ahmed, whose previously reviewed 2017 album, La Saboteuse (Naim), presents another cohort of London jazz talent, whose sole lineup-crossover is Shabaka Hutchings.

From all this, you might deduce that the 2018 jazz scene in London is interconnected, on fire and averse to being stylistically fenced in. And you would be right.

Change; High Noon; L.M. II; I Am The Black Gold Of The Sun; Kitty Bey; Brown Paper Bag; Do The Astral Plane; At Les.